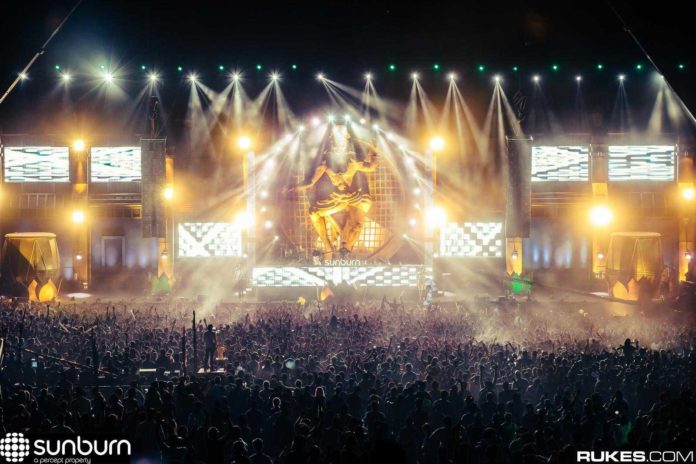 Ahead of its 10th year anniversary celebrations, the 10th edition of Sunburn Festival that features headliners of the likes of Armin van Buuren, Afrojack, Dimitri Vegas & Like Mike, Axwell /\ Ingrosso, KSHMR, Krewella this year, is gearing up to host two fully curated interactive international stages this year at Kesnand, Pune between the 28th to the 31st of December 2016.

On the 29th of December, intellectual property District808 will host a stage featuring Momis Alanis, Teri Miko, Sound Avtar, Broz Rdz, Jai Wolf, LNY TNZ and more. District808 has been focussing on bass, trap and more alternate genres that have developed a mass target audience in almost every region. A first time in the history of festivals, this featured stage will culminate with a special closing show (not a regular feature at the support stages), that will present a special audio-visual show coupled with Sunburn’s fabulous and eclectic foray of special effects comprising C02 blasts, pyro, confetti, blinder lights, SFX and laser. Expect a heavy dose of trap, bass, future house and dubstep coupled with custom production involving grunge elements, garage, hangar, sci-fi and apocalypse in the production set-up. Between each performing act, a special District 808 Show will be executed which lasts upto 10 minutes each, laden with choreographed special effects. District808 will also play host to a special DISTRICT808GAMING ARENA at the artist village in the form of a gaming zone which will allow artists and fans alike to indulge in Playstation4 competitions. The entire gaming sequences will be streamed live on TWITCH TV which is the largest network of live game streaming across the globe. What’s more? There are many complimentary giveaways like merchandise for the fans. On the 31st of December indie record label Monstercat will unleash the madness featuring the likes of Haywyre, Pegboard Nerds, Puppet and homegrown artists NDS and Karmatek as part of the label’s global expansion plans.

India’s Amol Raval, who is responsible for bringing down these epic initiatives states, “Fans love anticipation and engagement. That’s what we are giving them. By weaving a storyline to the entire property and giving life to a mini festival within a larger festival like Sunburn. At District808, alongwith my co-founder Ankur Kathpalia, we intend to redefine the whole experience domain of artist tours not only in India, but various markets across the world with this initiative. It’s an honor to debut our stages at Sunburn Festival and we will do full justice to the opportunity by giving the fans an unparalleled experience. My intention is to look beyond marketing the potential of the Indian market and actually executing a cross pollination relation between the global markets and India. we did that recently by executing the first ever Sunburn branded event, Sunburn Festival pre-party in Mexico on the 16th of December.”