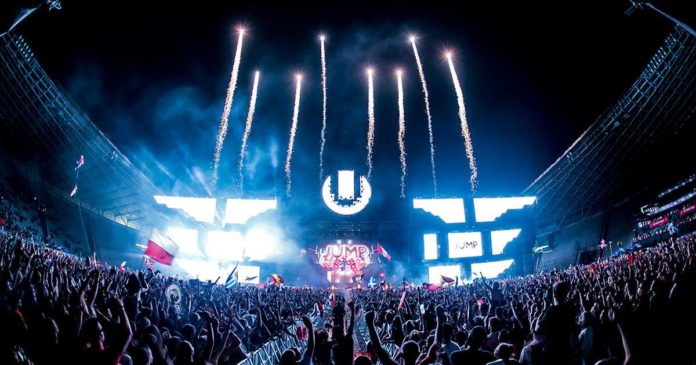 As it prepares for its landmark fifth edition this July, ULTRA Europe reveals its sensational 2016 aftermovie.

Shot in 4K by the esteemed Charly Friedrichs and his Final Kid team, the official aftermovie takes viewers on a mesmerizing 11-minute journey through the weeklong, five-event ‘Destination ULTRA’ experience, vividly displaying Croatia’s incredible landscape and natural beauty. The camera seamlessly drifts from the bluish hues of the Adriatic Sea and coastline through the blissful islands of Brač, Hvar, Vis and the Croatian mainland, capturing every landmark event. The world’s ultimate seven-day music experience ‘Destination ULTRA’ will once again play host to an incredible five events across five different and equally stunning locations this summer. The RESISTANCE™ Opening Party at the Giraffe Palm Beach House in Split will once again mark the start of the week, leading onto the flagship 3-day ULTRA Europe festival at the Poljud Stadium, which will host performances from the world’s greatest electronic talents. The Brač Regatta returns to the idyllic island of Brač on Zlatni Rat Beach the very next day. July 18 sees the return of ULTRA Beach, “the greatest pool party on earth” (The Sun – 2017), situated at the Hotel Amfora Grand Beach Resort on the picturesque island of Hvar. To cap off the momentous week, RESISTANCE™ Vis will be held at the 200-year-old Fort George on the historic island of Vis.

For the first time, ULTRA Europe now offers fans the chance to purchase ‘Destination Tickets’ and ‘Passport Packs.’ The Destination ticket will allow partygoers to experience the entirety of ‘Destination Ultra’, from the Opening Party, through the 3-day ULTRA Europe experience, the Brač Regatta, Ultra Beach, and RESISTANCE™ Vis. The Ultra Europe Passport Pack also allows the ability for groups of friends to purchase 5 tickets to unlock a 6th.