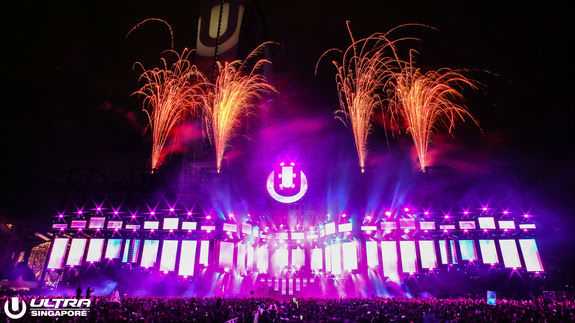 On the weekend of June 10 & 11 2017, ULTRA WORLDWIDE successfully produced two multi-day festivals in two different countries in Asia – South Korea and Singapore – for the first time in its history.

A first for any festival organization, this incredible achievement marks another slice of record-breaking history for the Ultra Festival brand.

In one of the biggest weekends of electronic music the continent has ever witnessed, Ultra welcomed over 170,000 fans combined over two locations (120,000 in Korea and 50,000 in Singapore), in just two days. ULTRA Korea, which returned to the capital city, Seoul, for its sixth annual edition, welcomed upwards of 120,000 fans to the immense Olympic Stadium, cementing its position as the largest two-day electronic music festival in Asia. Over 80 world-class acts came together across the Main Stage, Live Stage and RESISTANCE Stage – the latter of which made its highly anticipated, much lauded debut in South Korea this past weekend.

Meanwhile, some 3000 miles away, following its elevation to full festival status in 2016, ULTRA Singapore returned to its home at Bayfront Avenue to deliver another groundbreaking programme of DJs and Live acts. Also showcasing the holy triumvirate of Main, Live and RESISTANCE stages, and with upgraded production across all, this was ULTRA’s most successful outing in Singapore to date.

For those unable to experience ULTRA Singapore in person, ULTRA Live’s internationally celebrated livestream, presented by UMF TV (produced by NOMOBO) was on hand with all the action, attracting over 320,000 viewers across the weekend.

For the full calendar of remaining Ultra events in Asia this year, see below. For all Ultra Worldwide dates, head to umfworldwide.com