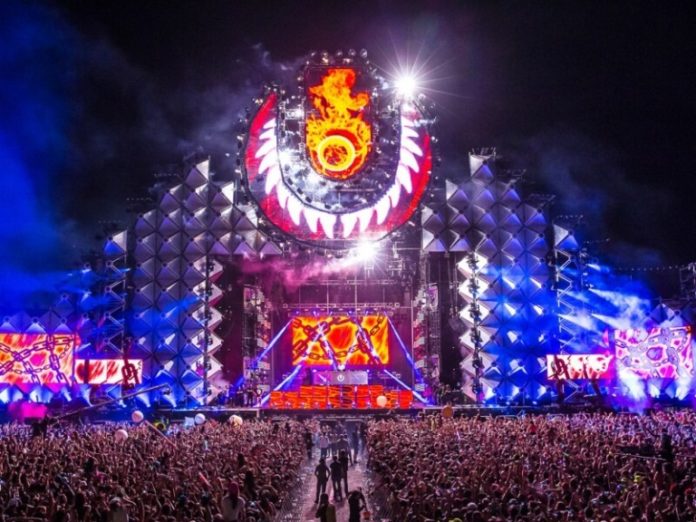 First up to join the diverse list of DJs already confirmed, is none other than Dutch superstar and Ultra Worldwide favorite Fedde Le Grand. Known the world over for his trademark energetic Main Stage performances, Fedde will be showcasing his unique interpretation of electro house across both cities next month. Next up, fellow countrymen and DJ duo, W&W will also be making the trip to Cape Town and Johannesburg, as they prepare to make their ULTRA South Africa™ return and entertain the crowds with some high-octane trance wizardry. Last but by no means least is the masked man of mystery behind some of the biggest deep house tunes of 2015, including ‘No Eyes’ and his remixes of Gregory Porter’s ‘Liquid Spirit’ and Disclosure’s ‘Omen’ – Claptone.

These megastars will be joining some of the biggest hitters in the world of dance music, including already confirmed headliners Tiësto (who has just been confirmed to play an extended 2-hour set at both events), Skrillex, Zedd and Afrojack, as well as support acts such as Dash Berlin, Robin Schulz, Galantis, Carnage, Seth Troxler, The Martinez Brothers, Mr. Carmack and a large selection of the finest homegrown talent South Africa has to offer.

In addition, and for those Ultranauts who may be unable to make it to both days of either show, ULTRA South Africa™ today introduces special LIMITED 1-Day tickets for both Cape Town and Johannesburg shows, in addition to the standard 2-Day weekend tickets already on offer. 1-Day GA, VIP and VVIP (JHB only) are now on sale here [link] starting at just R690. For full details, please head to ultrasouthafrica.com or see below.

The Johannesburg edition of ULTRA South Africa™ will feature three stages across Friday, February 26th and Saturday, February 27th. In addition to the gargantuan Main Stage, there will be a Soul Candi Live Stage on Friday 26th, which will transform into the RESISTANCE® Stage on Saturday 27th. Johannesburg’s third stage arrives in the form of the 5FM Live Loud Stage, which will play host to the station’s best DJs and South Africa’s best club acts across both days. For full details, see below.

Capetonians will have two stages on-site at ULTRA South Africa™ this year. The iconic Main Stage will be complemented by a one-off stage hosted by Strange Loving on Saturday, February 27th, before evolving into the RESISTANCE® Stage for the final day, on Sunday, February 28th. Finally, and for those choosing to camp on site this year, the Red Bull Soundsystem, hosted by South African non-profit organization Bridges for Music, will see a selection of DJs performing at Ostrich Farm’s picturesque new campsite across the entire weekend. For further lineup details for all Cape Town stages, see below.

For those seeking the true VIP camping experience, tickets to an alternative luxury campsite dubbed The Heartbreak Motel are also now on offer. For more information head to heartbreakmotel.co.za

Follow ULTRA SA on Facebook and Twitter for real-time updates on artists, tickets and camping, and for those that haven’t yet, relive the breath-taking thrills of ULTRA South Africa™ by watching the stunning 2015 Official Aftermovie.

Music Akshay Bhanawat - December 3, 2022 0
N3WPORT reunites with regular collaborator and buzzing songstress Leila Pari on their new single “Lonely” for Lost In Dreams Records. Three is perceived to...
ABOUT US
What started as an interest, slowly turned into a passion, and before we knew it, we had curated and founded a thriving community of avid electronic dance music lovers.
FOLLOW US
© Copyright 2022 - T.H.E Music Essentials