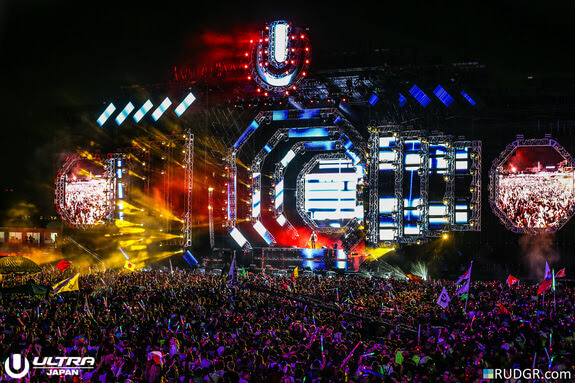 Having announced plans to upgrade to a full-scale, two-day festival earlier in the year, ULTRA Singapore now pulls back the curtain on two of the biggest surprises in store for its inaugural edition, taking place on September 10 & 11, 2016.

In another first for the country, organizers have also secured the rights to rename the waterfront venue ‘ULTRA Park’ throughout the duration of the event, which will run from 12.00pm to 10.30pm across both days.

None other than deadmau5 has been confirmed as the first name to play ULTRA Singapore, as he prepares to take part in a one-of-a-kind ULTRA Worldwide tour that will see the Canadian play at ULTRA events in Singapore, Korea, Croatia, Taiwan and Japan across remainder of the year.

The similarities between ULTRA Singapore and its Miami counterpart don’t stop at their unique downtown Bayfront locations either. In addition, this year will see ULTRA Singapore host three of the brand’s most beloved stages, in the form of the MAIN, LIVE and RESISTANCE™ Stages. In fact, Singapore will become only the third country to host an ULTRA Live Stage, following the pioneering footsteps of the flagship event in Miami and most recently, ULTRA Korea.

Advance Tier 1 tickets priced at $160 USD are now on sale. Premium General Admission tickets, giving attendees access to dedicated entry lanes, restrooms and more, are also available priced at $185 USD. Both tiers of Early Bird tickets sold out almost instantly upon going on sale and with a full Phase One Lineup on its way soon, fans will have to move fast in order to secure their place at the debut edition of ULTRA Singapore. Get yours now at ultrasingapore.com/tickets. ULTRA Japan also revealed big news over the weekend, having announced their full Phase One lineup with deadmau5, Hardwell, Martin Garrix, Nero (Live), DJ Snake and Tiësto all set to headline proceedings at the Tokyo Odaiba Ultra Park this September.

Phase One support will come from upstarts Jauz and Marshmello.

Taking place on September 17, 18 & 19, 2016, tickets are now on sale for ULTRA Japan and are available exclusively at ultrajapan.com.