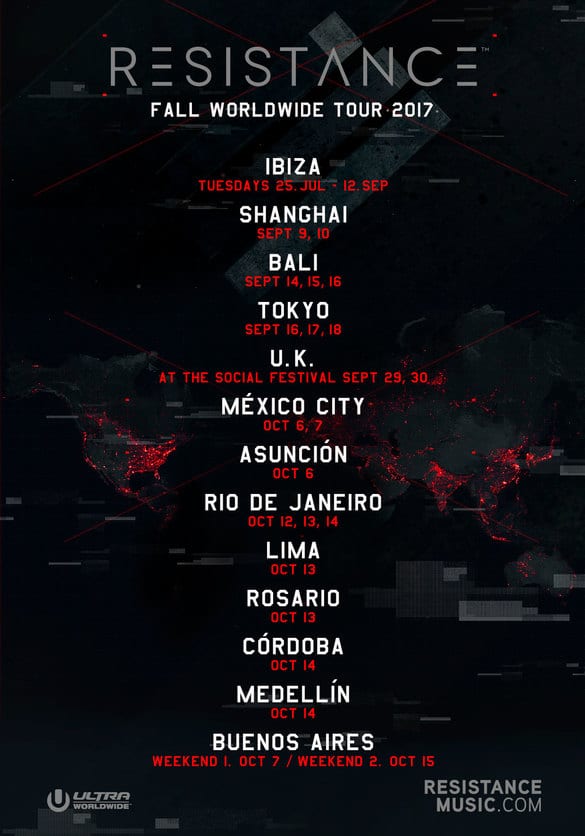 Eleven different countries will host RESISTANCE over the coming 60 days, with events set to run in Shanghai, Medellín, Mexico City, Rosario, Córdoba and the United Kingdom for the very first time, while Tokyo, Buenos Aires, Bali, Rio de Janeiro, Asunción and Lima all prepare to welcome back the behemoth concept with some countries even preparing to host multiple shows.