Legendary Greek music composer and musician Vangelis who worked on Oscar-winning scores for films like Chariots of Fire and Blade Runner died earlies this week at 79.

In a statement confirmed by Vangelis’ Private office on his Elsewhere fan page, the news of his death on Tuesday night was announced. The news was then confirmed by The Athens News Agency, but no official cause of death has yet been provided.

The Greek Foreign Minister Nikos Dendias wrote in a tweet translated as reading, “Vangelis Papathanassiou was a great Greek composer who excelled at a global level. We say goodbye with a big ‘thank you’ for what he offered to Music, Culture, and Greece.”

As translated by Rolling Stone, The Prime Minister of Greece Kyriajos Mitsotakis tweeted his tribute sharing, “Vangelis Papathanassiou is no longer with us. For the whole world, this sad news demonstrates that the world music scene has lost the international ‘Vangelis,’ the protagonist of electronic sound, of the Oscars, of Mythology and the hits. For us Greeks, who know his second name was Odysseus, it means that he’s begun his long trip to the Chariots of Fire. From there, he’ll always send us his notes.”

Starting his journey in music early, he learned piano at a very young age, but despite being enrolled in an Athens music school, he never formally learned how to read or write music.

As reported in a roundup of his career in a tribute by BBC, he first tasted fame in the late 1960s Vangelis started off as the keyboardist for Aphrodite’s Child with singer Demis Roussos.

His groundbreaking work for the iconic soundtracks for Chariots of Fire and Bladerunner are among his most iconic works and will live on forever.

He then went on to become a groundbreaking electronic solo artist beyond his work in films as well and went on to enjoy chart success with Yes frontman Jon Anderson under the name Jon and Vangelis.

An inspiration to many in the world of electronic music, the heartfelt tributes have been pouring in for the legend. From Jean Michel Jarre to Armin Van Buuren, the stories of inspiration, collaboration and more are a testament to how his work helped shape the soundscape of an entire era.

Dear Vangelis,
We will all remember your unique touch and your moving melodies forever.
You & I have always shared the same passion for synthesizers and electronic music since so long…
May you Rest In Peace,
JMJ x pic.twitter.com/egL8rNbIHn

I’m so sad to hear these terrible news of the passing of Vangelis. I had the privilege to meet him in Paris last year. He was one of my heroes, a big inspiration and just a beautiful person. I still listen to his albums a lot. May he rest in peace. 😢 pic.twitter.com/iexSTK4MPk

RIP Vangelis also Klaus Schulze – big inspiration for me in my early years, found their records in my Dad’s collection (along with Kraftwerk) – paid some homage to them 100% on the FROM WITHIN records with (also RIP) Pete Namlook – also another incredible musician ❤️ to them all

Very sad to hear the news of the recent passing of Vangelis. I’d always loved his soundtrack to Blade Runner. Then in the mid 90’s I had the honour of writing & singing a song on his album “Voices”; an immense talent that will be missed by his family, and the world of music pic.twitter.com/QkkmxfarmZ

..it is hard to under estimate the colossus impact of Vangelis on modern film music. It is also hard to understand how ground breaking CHARIOTS OF FIRE was. A period British film with a phenomenal synth score.

Watch one of the greatest openings ever:https://t.co/fL3XSxcsyq

Epic music befitting an epic journey. Thank you to legendary composer Vangelis for providing the score to so many of the #JunoMission's discoveries at Jupiter.

Enjoy this playlist of Juno videos that include original music composed by Vangelis: https://t.co/DpcZ0fxObb pic.twitter.com/hvzoYC13RS 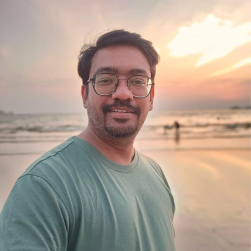