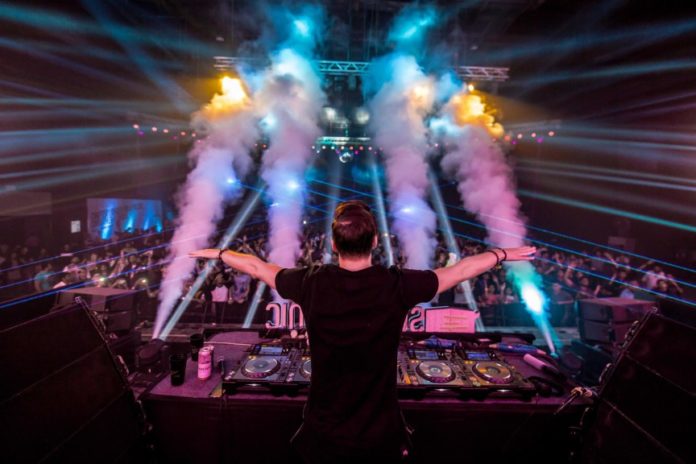 Making our way to the iconic Mehboob studios, the buzz was electric as Manse took the stage, with his infectious energy behind the decks to an ever building crowd. Known for his coveted collaboration with Chris Jones, there was never a dull moment to Manse’s set, and we were on our feet from minute one. With the growing capacity amidst a delightful indoor arena, another Hardwell protégé, Kill The Buzz, made his way to the decks! Having played in the country on a previous occasion, Kill The Buzz maintained similar composure on the decks slaying it with banger after banger. Having successfully released on various major labels, he dropped a bunch of his own hits as well as his counterparts! Fresh of his album release, which made waves across the Dance Music community, Julian Calor has been critically acclaimed for his music on numerous occasions. Gracing the decks, nothing short of mayhem was expected, he delivered and how! Drifting from the predictable playlist, Julian dropped a number of hits from his album including “Evolve”, “Typhoon” and “Cell” to name a few. Having interviewed him previously we were anxious to see his words come into practise and do what he does best, entertain and inspire! Following a mammoth first appearance, Julian made way for the wonderboy, Joey Dale! Better known for his chart topping collaboration with Hardwell and Luciana, Joey’s sound has been distinct and detailed. With a great ear for sound selection, Joey literally managed to maintain the high octane energy throughout his set. Dropping his own hits as well tracks such as “Virus” from Martin Garrix and Moti and a cheeky mashup of Lorde and Sebastian Ingrosso, the crowd was literally in a state of euphoria as the number multiplied. Chart hits and driving bass lines enveloped the arena and a number of happy souls got their money’s worth. Thomas Newson made his way next amidst loud roars from the crowd as the energy didn’t seem to drop from the inception of the event. Probably one of the most consistent producers in the scene, Thomas began with a bang, quickly sifting through tracks with wild enthusiasm. Dropping his own hits such as “Black” with Makj, “Summer Vibe”, “Ravefield” and his most recent collaboration with his father Marco V, Thomas was on a roll! The chants grew louder and the crowd wanted more as the curtains rolled in with all the artists bringing in the madness with the Co2 cannons and confetti playing their part. The night was done, but not before the final track. Flute by Thomas and New World Sound graced the speakers and one last moment of madness was had.

We were delighted with overall show and production more so with the innovative concept and excellent stage production. Props to the Vh1 Supersonic crew for pulling this off and we can’t wait for the next one!