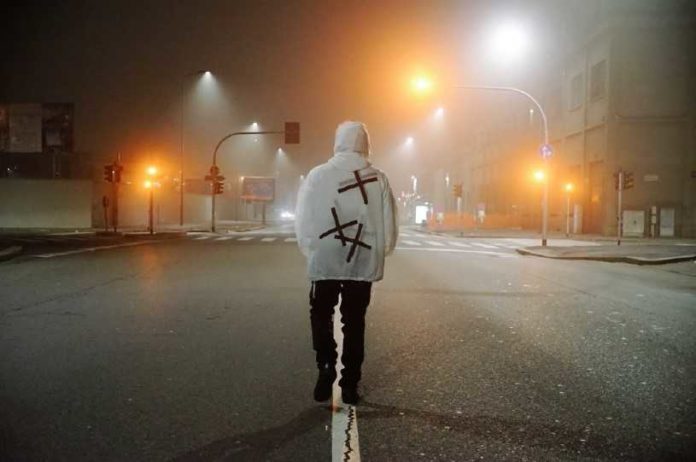 The duo has something special planned for the launch on March 7th, with a private party during Paris Fashion Week where both artists will make appearances alongside some special guests.

Inspired by the fourth Boys Noize album, the “MAYDAY” collection features a t-shirt, hoodie and anorak and will be available in the Off-White™ stores in Hong Kong, Singapore and Tokyo, at Selfridges and online.

A QR code unique to each item will enable you to download an unreleased track titled “ORVNGE,“ produced by Boys Noize and Virgil Abloh in Berlin.

Established in 2013, Off-White™ is exactly what the name suggests – a defining area between the colours black and white. Under the brand name, seasonal collections of men’s and women’s clothing, objects, furniture, and publications are all a part of the greater vision Off White has in terms of where culture is headed.

Their collections are embedded in a recurrent back story with a strong emphasis of creating individual identity. Often employing plays of proportions, materials, graphic design and clever use of materials, Off-White contributes to a new class of young designers who are trying to shift the perception of Fashion in Paris by introducing more youthful, fun elements in their designs.

Their studio is based out of Milan, meaning they are not only able to harness the country’s wealth of talent when it comes to apparel but also gain a global perspective in terms of design and trends.

They definitely have their own identity when it comes to music and this is something that they are now trying to bring to the world of fashion.