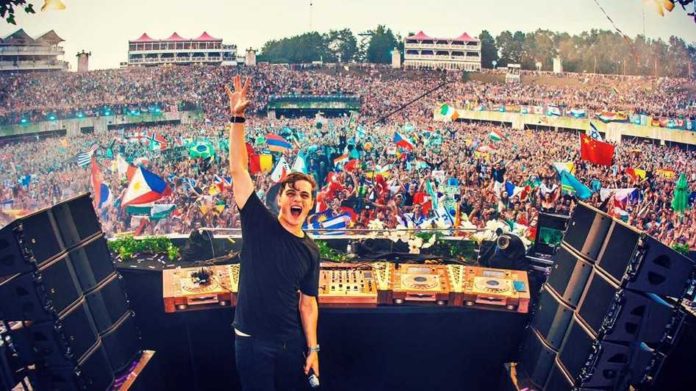 One of the biggest music festivals in the world – Tomorrowland took place over the last 2 weekends at Belgium. And as always, producers bring on their best game, where fans experience energetic sets filled with IDs and other surprises.

Over the last 2 weekends, 21-year-old world #1 DJ and producer, Martin Garrix repeatedly proved why he is one of the best producers in the game at the moment. The first surprise that Garrix dropped was the debut of his new tech/deep house alias Ytram on the Stmpd Records stage.

Things didn’t stop there for the Dutch prodigy. He was assigned the job to close the ‘Amicorum Spectaculum’ themed stage on Sunday and he didn’t fail to impress the fans. He dropped a handful of IDs featuring collaborations with artists such as Loopers, Brooks and David Guetta & Ellie Goulding. He also brought on stage the French veteran producer, David Guetta to drop their collaboration with pop sensation Ellie Goulding. This ID’s title is rumored to be ‘So Far Away’, a future bass tune with heavy pop elements and vocals by Ellie. Don’t be surprised if you heard this tune on every radio station after its release.

And as icing on the cake, he closed the festival with his exclusively new house ID that he specially made for Tomorrowland. “If you’re feeling happy right now… if you have a smile on your face, Tomorrowland… for the last time I want to see everybody jump!” screamed Garrix before the last drop.

Watch Garrix work his magic at Tomorrowland 2017 below.

We can’t wait for him to release all these IDs.