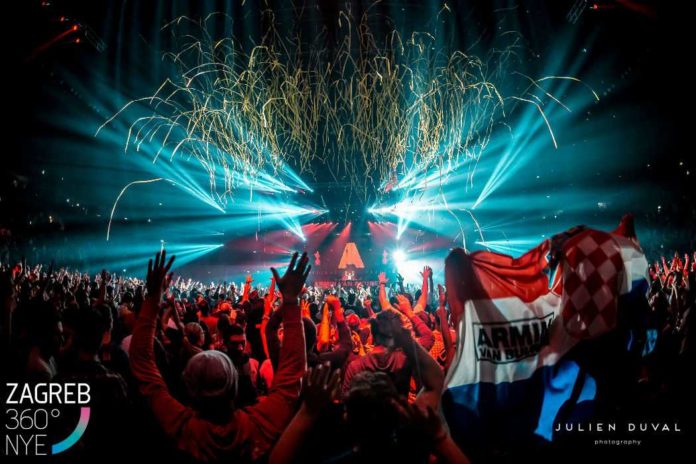 Croatia Winter Music Festival capped off a momentous debut edition late last week, as it pulled down the curtain on an unprecedented seven events in seven days at the Zagreb Arena.

The historic week, which ran from December 31 to January 6, saw over 25,000 revellers from 60 different countries attend the festivities, as some of the biggest talents in electronic music such as Armin van Buuren, Sander van Doorn, R3hab, Felix Jaehn, MOTi and Headhunterz performed to adoring locals.

The highlight of the seven day period was undoubtedly the Zagreb 360° New Year’s Eve party, which saw Armin van Buuren ring in the new year in style to over 10,000 partygoers. Joined by the likes of Sander of Doorn, MOTi and Juicy M, van Buuren also set up a special stream of the event LIVE on his Facebook for those that weren’t able to make the occasion, with over 650,000 people tuning in online to witness the Dutch legend.