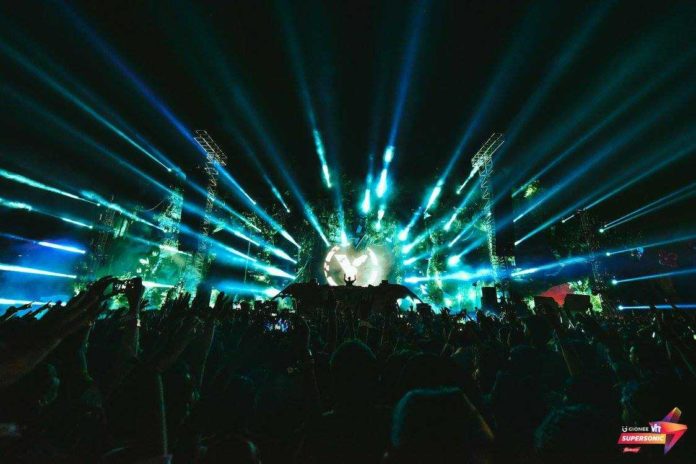 Eric Prydz’ music has moved us for about two decades and we feel that we are in a state where we can barely step out of the beautiful realm that is Eric Prydz.

Such is the beauty of his music; it participates with your emotions and you wouldn’t really like to step out of the euphoria that it provides.

From delivering mainstream hits like “Call On Me” and “Pjanoo” under Eric Prydz to delivering some ridiculously mental tracks like “Glow” and “In The Reds” under his Dark Techno alias, we have experienced it all. He is building a legacy or shall we say he has already built one.

We are all aware of Eric Prydz’ flight fears. It is no secret that Eric hates long flights and that fear has kept him from playing at some major festivals at times. Eric would drive down to different countries to avoid long flights. As a result, the possibility of Eric Prydz performing in India looked very unlikely. Nikhil Chinapa, one of the most passionate individuals this country has seen in multiple aspects, was on a mission to get Eric Prydz to India. It took over a decade of abortive attempts to finally convince Prydz and his management to play in India. Nikhil Chinapa, along with his friends traveled to Ibiza, Tomorrowland, Ultra, Stereosonic, Creamfields, Global Gathering and so many other events to help persuade Eric Prydz to come to India. They expressed to him how far along the Indian dance music scene has come and that there are some huge fans in India. After many years of trying to lure him to India, they finally convinced Prydz to come to India.

After almost a month of fans dying in anticipation, the moment was coming closer. The moment we never thought would happen, an artist we never thought would play in India, was about to consolidate into reality. The good guys at Vh1 Supersonic then decided to throw another surprise at us. A Cirez D after party right after his set at Vh1 Supersonic. DOUBLE WHAMMY. Pune was about to witness Eric Prydz and Cirez D in a space of few hours. WOW!!

Finally the day of the festival arrived. People from different parts of the country arrived in Pune and gathered on the first day to witness their favourite artists but obviously going with one massive agenda, ERIC PRYDZ. Praveen Achary started proceedings on the main stage delivering a super lush set. Soon after, Mini-tech master, Boris Brejcha took over the decks and Brejcha was followed by the Legendary Pearl.

Pearl has headlined many shows over the years, she has opened for many legendary artists but this according to her was THE biggest deal. Eric Prydz after all.

“I have probably played a few thousand sets over the past two decades, opened for enough djs (and non-djs too), of all sorts of statures, but have never had these kind of butterflies in my stomach.” Said Pearl in one of the notes written by her in the build up to her performance at Vh1 Supersonic.

Pearl delivered what was expected. She delivered a flawless set driving the crowd along with her into an intriguing journey. The set turned out to be the perfect build up for the main man to start his set in the way he would have liked to. It was about 10 minutes to 8 pm and we could see people moving across stages. The main stage started filling up fast and the crowd gathered for one particular moment. The moment we’ve all been waiting for. Nikhil Chinapa made way for the Master and there was a massive roar. The moment was here. Eric Prydz headlining a show in India. The moment was nothing but stuff of dreams.

The lasers went up and it was a sight we thought we’d never experience in India and EVERYONE on the mainstage was about to step into a journey they thought they would never witness in this part of the world. Prydz began his set with a beautiful intro and dived into the thumping melodies he is known for. Twenty five minutes into his set, he switched the notch up and started throwing some absolute bombs which were too hot to handle. The spectacle was completely transportive. Unlike raves or clubs, where there are ample opportunities to interact with your neighbors on the dance floor, this was a concert that you experience on your own, swallowed up by a hurricane of lights and sounds. You don’t talk, let alone look in any direction but frontwards. In between songs, gasping for air, maybe some people turned to their friends to ask how they’re doing. “Fucking fantastic,” was the standard answer.

The defining moment of his set was when Prydz decided it was time to bring out Depeche Mode’s “Personal Jesus” — a song he loves and has remixed before, but prefers in its original form. The lasers cut out, and stained glass windows materialized on the digital screens behind him. For a rare moment, we were given a glimpse of the man at the controls as a giant beam of white light shone down on his tiny black silhouette. He stretched his arms out wide in the classic Jesus pose.

Soon after his Eric Prydz set, he was set to bring out his Cirez D alias at the after party. Again, Prydz delivered a monstrous set which left everyone in awe of the man who was in front of them. The defining moment of the after party was Nikhil Chinapa getting a bear hug from Prydz and the hug emotional for the fans in many ways and a massive testament to Nikhil’s work over the years and as mentioned by Pearl “it’s not just about putting the money down … you’ll now know just how much of this rests on relationships that you build and maintain, for years. Rome wasn’t built in a day.’

Keeping in mind that this might never happen again, we can safely say that we experienced history. 🙂