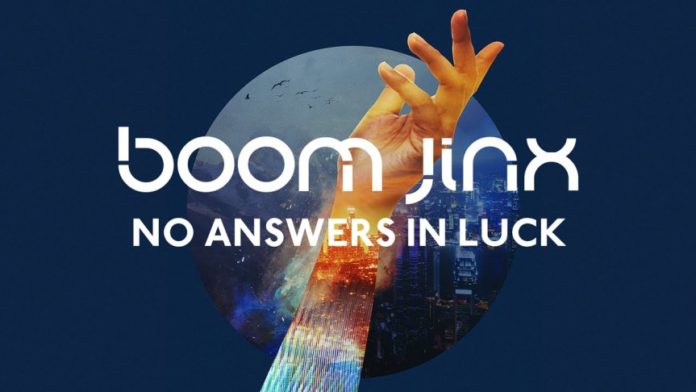 Norwegian born DJ, producer Boom Jinx has recently released his debut album, “No Answers In Luck”. The album features collaborations from the likes of Soundprank, Meredith Call, Thomas Bergersen, Justine Suissa and more. He has been associated predominantly with the Anjunabeats family and his album has been released through the label on October 30th.

He has been producing music since 1989 and has a long list of successful work to add to his name. His album has been highly anticipated and it has definitely been worth the wait! His album is proof of his musical ability, taking you on a journey starting off on a soothing note and moving up the tempo with more club like music. Check out my track-by-track take on the album below.

The use of the piano brings a certain beauty to this track; it’s a very calming track and a perfect way to start off an album.

2. Bring Me Back Around (feat. Meredith Call)

The pace is a bit faster in this track, slowly picking up the tempo of the album. Her voice in sync with the beat simply adds that extra oomph to the track. Although this does not follow the typical mainstream sound, it entices feelings of happiness and makes you want to get up and move your feet.

Her voice goes perfectly in tune with this track. Starting off slow, the build-up encourages you to listen to the words she so melodiously sings and after the drop it eases down to allow the beauty of her voice to shine.

This track starts off on a very slow sensual note; Aruna’s angelic voice shines through as the music gets louder however the main focus is on the words. A very simplistic yet effective track, something to listen to when you need to drift away.

This collaboration starts off on a much faster pace than previously. A real party rocker track, something that’s bound to get people moving.

Absolutely chilled vibes from this track, nothing short of a beauty. Something I would recommend to someone looking to just let the music take control.

The way this track is structured, it allows the vocals to shine through and appear more powerful as a result.

Now this is more of a club appropriate track, along with perfectly suited vocals.

A more trancey feel to this track, something I know many people will enjoy, slightly faster tempo.

This track will start playing and you will think you’re playing an arcade game. Kind of takes you on this adventure.

A very slow paced track, more for vocals than the tune. Her voice though is so angelic! Carries you through the track.

12. Ahead of the Storm (feat. Thomas Bergersen & Meredith Call)

Most of this track is as the name suggest, it’s like the calm before the storm hits. A chilled vibe before the drop hits you and brings you back to reality.

I think this is a simply beautiful way to end the album! You literally feel as if you’re floating above the clouds looking down on pure bliss.

14. When You Loved Me (feat. Maor Levi & Ashley Tomberlin)

More of a deep house vibe to this, definitely following the feeling of the album with its slow tempo yet still those drops hits you hard. A beautiful tune!

This collaboration worked wonders! The simplistic nature of this track is what shines the brightest.

A very relaxed sort of feel for an album something many people will enjoy, especially those who are looking to sort of drift off for a while. Definitely worth buying this album! You can tell there’s no answers in luck, however pure hard work and dedication to produce an album like this pays off!