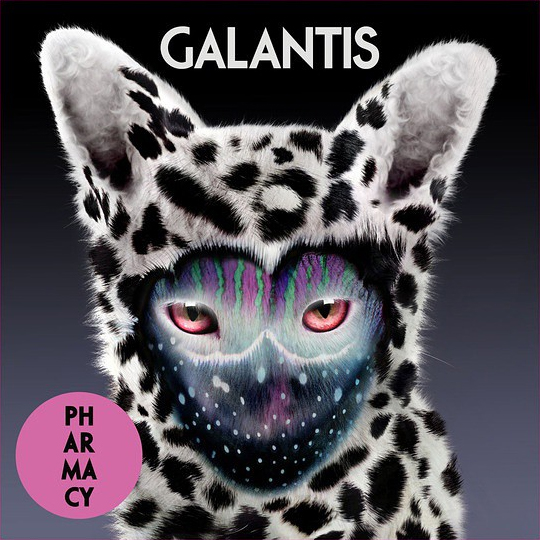 A few years ago, two Swedes from different dance music groups decided to hang out together, and create music that was slightly different from the “Big Room Bangers” that had somehow ended up taking over the industry, and explore the much tried and tested progressive house. They signed a record deal a couple of years ago and after a few successful singles, the increasingly popular Galantis have finally released their much awaited debut album ‘Pharmacy’.

Lets layout what we already know – Galantis are beautiful and they’re here to stay (We sure hope so!). But how good exactly is this album? Read on to find out. ‘You’ was released as a single last year and has quickly gone on to become one of the biggest tracks of the past 15 months or so. On hearing the song, one can easily figure out why. It’s got a great vibe, beautiful words and a catchy rhythm. The Tiesto and Twoloud remix was a great boost for the popularity of the track as well.

‘Runaway (U&I)’ is probably their best work to date. It’s beautifully composed, the vocals are great but just enough to not overpower the melody, which unleashes itself at the drop.

‘Call If You Need Me’ is a nice and simple track. Not the best track on the album, but by no means is it a weak effort. It’s a nice easy-listening track.

‘Gold Dust’ was released recently, and was received very well by fans. It’s a very subtle melody, and the feels from this track are brilliant. Full credit must be given to the vocals for adding the feel to this track.

‘Louder,Harder,Better’ is a groovy track that has everything going for it. It’s not too heavy, has a peppy melody and great vocals. It’s a great track to showcase the diversity in the Galantis’ progressive house production style.

‘Water’ is a stunning track that just catches you by surprise. Starting with a great intro, the deep and soulful vocals lead you to the drop where the track instantly changes tempo and its pure bliss to listen to. Don’t be surprised if you’re dancing on the spot while listening to the track. Easily one of the better efforts on the album.

‘Forever Tonight’ was released just last week, and is pretty different compared to some of the other tracks. It’s just exceptionally dance-floor worthy, and the beats make it impossible not to get your groove on while blasting the track on your music system. After some of the similar sounding tracks on the album, this comes as a welcome change. It does sound like something Oliver Heldens would play in his live sets.

‘In My Head’ is another decent track to listen to. It doesn’t exactly make you crave for repeated listening, but is a well produced track nonetheless.

‘Peanut Butter Jelly’ is a very happy and cheerful track that makes for a fun listen. Not a track you’ll hear too much at festivals, and it’s a track they must have really wanted to put out because not too many producers would release this on their album. But then again, when have Galantis done what most others would do.

‘Dancing To The Sound Of A Broken Heart’ is a track tailor made for clubs. It’s a great track to dance to and unwind yourself. A top effort once again from the duo.

‘Kill ‘Em With Love’ is once again a lively and easy listening track, that has some great drums in the composition.

‘Firebird’ and ‘Don’t Care’ are the tracks in the rest of the album.

So what’s the verdict on the album? Galantis may not bring to progressive house what Axwell is bringing, for example, but with their own sound and some superior songwriting, they’re creating something that’ll be remembered for a long time. And “Pharmacy” is a good start.

You can stream Galantis – Pharmacy below.