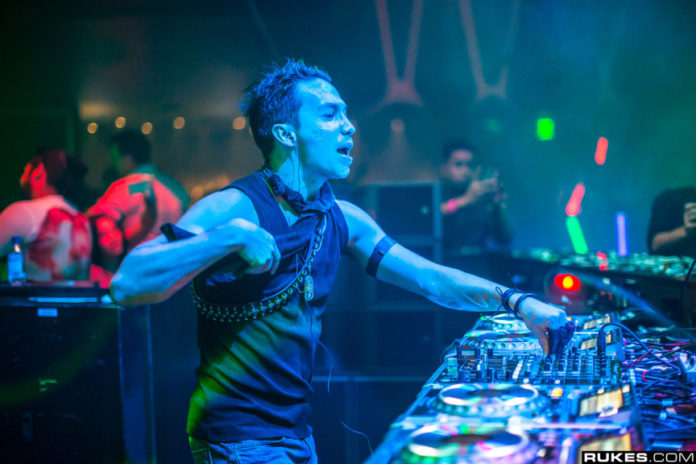 When the name Laidback Luke (real name Lucas Cornelis van Scheppingen) comes up, what does that remind you of? The multi-talented boy wonder was born in the Philippines but raised in the Netherlands, former graffiti artist & former martial artist turned DJ, producer & label boss.

Having a successful career that spans well over 10 years with multi-awards own & nominated, countless originals, remixes & bootlegs plus has even released a few albums along the way. International known artist who’s resume boasts a former vegas residency, a radio show Mixmash Radio & even his own label, Mixmash Records plus he’s a vlogger ( video blogger name: The Real World: DJ Edition available on Laidback Luke’s YouTube page). Even has a musical side project, Noveau Yorican, alongside fellow DJ, producer & wife Gina Turner. What’s next in store for Laidback Luke? He recently released his highly anticipated studio album, FOCUS, which is out now on Mixmash Records.

The song of the current generation. Powerful lyrics & a strong melody. Definitely a favorite song for now & years to come.

Aruna adds some dimension to this song with the vocals but the hook is what makes this song pop. Definitely a song to get you moving for working out or late night shift. Plus the bass is killer!

Perfect pick me up song that is catchy & great for anytime.

This song is a surprise. It doesn’t fit into the typical song but that’s why it works because it doesn’t have to. Its stands on its own while breaking all of the rules.

Another chill vibe that has an upbeat melody but its not a banger. Something to end the day with!

Definitely a party starter that will get you going!! More bass, catchy & crazy mad fun. Perfect mix of talents that will be a festival favorite!!

8. Laidback Luke featuring Marc Benjamin “Tell Me That You Love Me”

With powerful lyrics, a catchy hook & sick drops, this song is guaranteed to be a quick favorite.

Adding charismatic vocals with powerful lyrics & a hypnotizing bassline to take us to anther place.

Another instrumental banger that keeps getting better & better.

For those that love to have a good time then this is gonna be your jam. It’s perfect & is relate-able (if not for you then someone you know). Definitely gonna be massive!

Just when you think it can’t get any better, it does, but with an unexpected twist.

Here is a track that plays to the upbeat side but not cheesy that it alienates the other tracks.

Killer instrumental with dope bass & a crazy energy to get you going.

So in conclusion, no matter what you’re doing or what time of day/night it is, listen to “FOCUS” & you’ll be entertained from start to finish because this album doesn’t disappoint. There is something for everyone! Perfect mix of old & new, familiar & the unfamiliar, you’re in for a real treat so enjoy!! Grab your copy today, available on Mixmash Records.