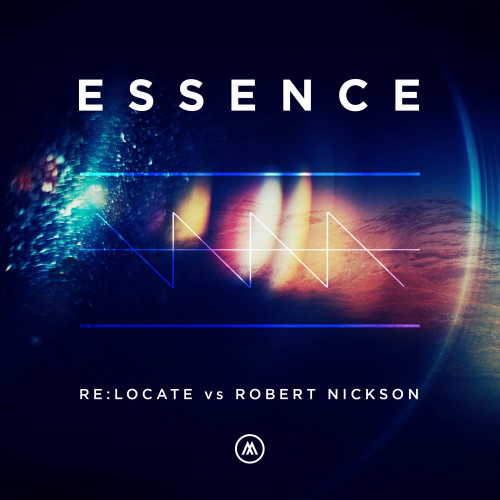 We’ve all become accustomed to the sounds of Paul Moelands, aka Re:Locate & Robert Nickson and their new album, “Essence” will certainly show you that they are here for the love and passion they share for trance. An album that will take you on a journey through the more angelic sounds and leave you dancing to the fast up-beat nature that we thrive on.

Check out my track-by-track take on the album.

Pure uplifting bliss, these are the words that come to mind when I hear this track! What a brilliant track chosen to start the album. A slower pace yet with enough tempo to have you losing yourself within the track itself.

Vocals seem to add that extra spark that makes the track that much more special. The fusion of this slightly faster tempo, uplifting beat with the melodic voice of Sarah Russell will have you playing this track on repeat.

Now this is a track which will have you feeling as if you’re high above the clouds with not a care in the world, which is why I feel its appropriately titled. The upbeat tempo fused with the more uplifting vibe works wonders!

The vocals on this album have been chosen to match the pace of the track perfectly! The tempo seems to increase slightly with each song as it builds up. While the lyrics are of more significant meaning, it does not overpower the harmony of the track. They seem to work hand in hand to bring out the beauty of this track.

Starts off much slower than the previous tracks however as it increases in tempo, you can feel yourself getting excited to hear the rest. A more club scene track although not mainstream and keeping to the trance sounds.

I love how they are able to find such angelic voices! They bring out the inner beauty that we all love about the Trance genre. Sticking to the slower tempo, the vocals do pick it up.

Now we have an increase in tempo, it’s like excitement building up without losing the essence of its uplifting vibes. Something I could imagine being played during a festival.

Beauty in simplicity is how I would describe this track.

Now we have an array of tracks with faster tempos. I believe it’s called “Venom” because once it infects your mind, all you want to do is dance and let all your worries float away to the beats of the music. Definitely one of my more favorite tracks.

11. In The Face of Adversity (with Jo Cartwright)

Her soft voice is matched with a faster paced track and it works phenomenally! Something everyone I’m sure will enjoy as much as I did.

This sound seems to vary a bit compared to the rest of the album however I can see this track being played at lot at clubs and festivals. The energy attached to it makes you want to get up and dance!

A more soothing track to near the end of the album, melodic vocals to match.

Starting off much faster, tunes in with a bit more psy-trance vibes. Something I would listen to everyday!

What an energetic way to end the album, starts off vibrantly before toning it down slightly.

An album I definitely enjoyed having the privilege to review! My favorite track would have to be Smorgasbord though because the tempo of the track is something I enjoy. However all the trance lovers will definitely love this album! Just pure trance bliss running through your ears!

You can check out the complete album below.

We also had a chance to catch up with the duo about their album. Here’s what they had to say! :)