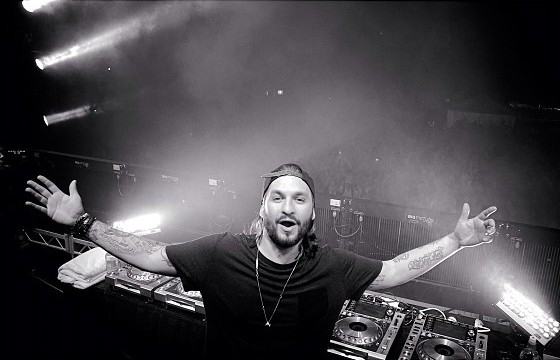 Post the massive success that was, Swedish House Mafia, it was well evident that each member would undertake a fresh assignment of their rendition of dance music. Steve Angello has always been a firm believer of artistic capabilities, be it from himself or artists from his label, Size Recordings, to showcase house music in it’s purest and truest sense.

A firm advocate of meaningful and intellectual dance music, Steve Angello has had an album in the works for a considerable time post the breakup of the Swedish House Mafia. After a patient and rather rewarding wait for the fans, Steve has managed to deliver with every track on the album, albeit releasing only the first edition, which is one half of the entire album. Teasing tracks from the album, month after month, in his live sets, the fans were already well acquainted with what is to come, and a few favourites were already decided prior to the album’s release. Listening from start to finish we were amazed with the creativity and the melancholic vibe, and we couldn’t be sure to pick a favourite even if we wanted to.

While the album deviates from the otherwise festival dominant ‘harder’ sound, the detailed songwriting and emotive signals with the music, cannot be ignored, even at a Festival. ‘Wasted Love’ with Dougy Mandagi from the Temper Trap, is everything we could expect, portraying the finest progressive house in the recent times. A soaring yet bittersweet record, everything from the piano arrangement to the melancholic chord display is done with perfection and Dougy’s voice lends a dark yet powerful message, beautifully.

‘Children of the Wild’ with Mako is another masterpiece. Having teased this record at multiple festivals, it was well in its way to being a household mainstay in everyone’s playlists. With the clear message of youth empowerment, both artists finely capture the essence of the energy and enthusiasm of the children, more so with the beautiful chorus and a soaring drop.

Accordingly to Angello, the album goes well beyond EDM and has been on his mind for a long time: “I felt like at some point in my career I had to get into that, the stuff that I am really passionate about, without watching my steps too carefully. I want to do that ‘real artist’ album that in 10 years I can look back on and say, ‘That was a great moment in my life.'”

While Steve essentially wishes to push boundaries, it is evident from his collaboration with Gary Go as well as his tune ‘Tiger’ that are a firm testament to the statement.

Up next is the most emotionally riveting of the lot, a Steve Angello and The Presets collaboration titled ‘Remember’ which is straight up vibes and slightly ‘lonely’. Bringing out a strong message with this record, the subtle reference to the times with Swedish House Mafia makes this record all the more special.

Steve Angello’s firm portrayal of his vision for house music is well evident in ‘Wild Youth’, and it sends out a strong message to those who care to believe in the power of music and the essence of every melody or the feeling which every lyric invokes.