The legendary Armin van Buuren has returned to his remixing duties after prior release of his artist album “Intense” and hot on the heels of his forthcoming “Intense (The More Intense Edition)” remixed version of his artist album. Though on the other production foot, his latest personal remix effort is a sheerly atmospheric-heights-inducing take on Kat Krazy‘s wicked clean production “Siren” featuring the gripping vocals of Elkka.
Showcasing his ability to curate euphoria to stratospheric heights while retaining a punchy edge, “Siren” is one massive release of crystal clear proportions. The ludicrously emotive synth builds in the bridge that lead into the serotonin-dumping release-of-a-drop is goosebump causing evidence of Armin’s pure mastery of musicality. The radio rip from ASOT 638 below is going to have you get you by until the mixes’ official release on November 18. 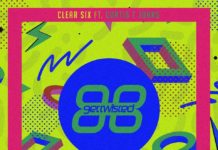