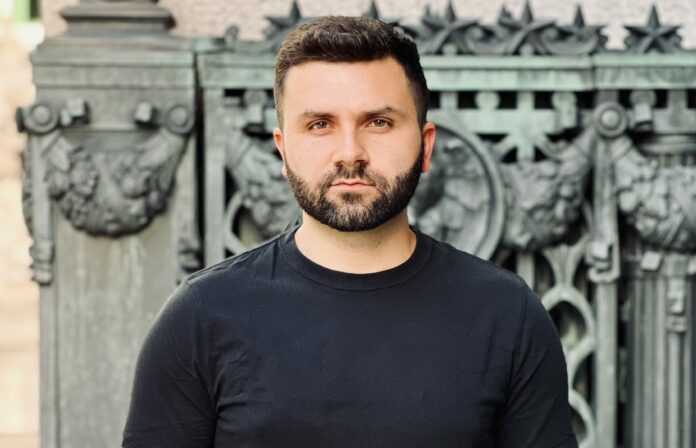 NYC-based DJ & Producer Michael Anthony has been playing at the most popular venues in New York and around the world for over a decade.

Whether he’s performing on the beaches of Cabo San Lucas, a rooftop in New York City, or in a nightclub in Montreal, Michael finds himself most at ease playing music for the crowd.

Early on in his career, Michael knew that in order to stand out as a DJ, he had to create his own tracks/remixes. After networking a bit in the NYC DJ scene, he began learning directly from the NYC trance duo legends Filo & Peri and quickly became committed to mastering the craft of music production.

Michael has released tracks on all worldwide marketplaces with many major artists. He was personally asked by the house music legend Stonebridge to remix his classic, “Sometimes” and a new release, “So Good”. Both releases charted internationally and gained the respect of the dance community. In 2021, Michael’s collaboration, “For You” was released on Will Sparks’ record label TeamWrk Records. His next release “Say Yes” was released on top Amsterdam record label Groove Bassment and quickly amassed over 100k streams on Spotify alone. Charting regularly on 1001Tracklists, international dance charts, and Beatport Top 100 charts are just a few of Michael’s accomplishments. His tracks have been in rotation on Sirius XM BPM and supported by top 100 DJ’S across the globe (EDX, Nora En Pure, Stonebridge, Bingo Players, Kryder, W&W, Judge Jules + many more…)

Recently, Michael has been busy in the studio after inking a record deal with EDX’s Sirup Music Group. Be on the lookout for his forthcoming releases and show announcements.

On the 185th episode of T.H.E – Podcasts, we have Michael Anthony providing a progressive house and techno mix!

Interviews Akshay Bhanawat - December 5, 2022 0
Having featured in All About Jazz, Sino Vision, Sino TV and BronxNet TV, Vivi Hu now brings us a gentle tale and heartfelt reminder...
ABOUT US
What started as an interest, slowly turned into a passion, and before we knew it, we had curated and founded a thriving community of avid electronic dance music lovers.
FOLLOW US
© Copyright 2022 - T.H.E Music Essentials