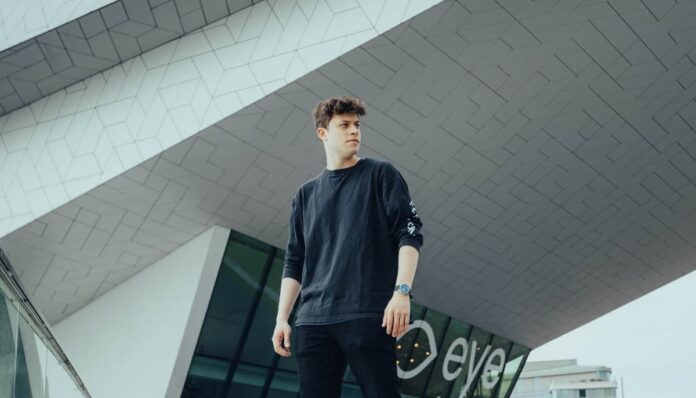 N!SMO entered the music scene in 2015, aged just fifteen. He was born and raised in Germany but has a deep connection to the Netherlands, where he has his own studio in the world-famous Wisseloord studios.

His first contact with electronic music was at a young age when he heard the song “Insomnia” by Faithless and was just mesmerized. He was astounded by the amount of creativity that could be put into making electronic music and creating a vibe that can translate on the dancefloor and radio at the same time. Time and time again, N!SMO listened to this song and tried to recreate it with the DAW FL Studio and also studied how other artists made their songs. Since then, N!SMO’s heart belonged to electronic music and it still does today.

After N!SMO finished school he completely focused on making music and evolving his own style and sound. In 2017 he began to study music theory, music science, and sound design on the Rheinische-Friedrich Wilhelms Elite University in Bonn, and followed a course in professional music production at the Vibra DJ school in Cologne. After his studies, he gathered more knowledge through an internship at Helmuth Ruessmanns studio in Hennef (Andreas Martins, Juergen Drews, Wolfgang Petry, IC Falkenburg, etc.)

N!SMO has created his own inimitable sound and style since then. He’s a producer at heart and started DJing to create exposure for his productions. Basically, it ́s impossible to appoint one specific genre to him, because N!SMO connects many elements of different genres in one track without losing focus or confusing the listener. He continues to be an immensely prolific and diverse producer with his own musical output and the music he produced for other people. In total his music, as an independent artist, got streamed over 5 million times on all platforms.

His breakthrough record was the Festival anthem ”Never Stop the Rave”, which he released in June 2019,and got played in many German and Dutch clubs. With this immense support, the song stood over several weeks in the Playlist Germany Viral 50 and put N!SMO on the radar. The tracks “My Face” and “Feels” really showed N!SMO ́s diverse production style. “Feels” is a more radio-focused House song whereas “My Face” is a straightforward Club record with Deep House, Tech House, and Techno influences. Rather than taking the shine away from his old N!SMO sound, the new music has created a positive, synergized feedback loop in his studio, bringing more creativity and freedom. “Too often I’ve seen artists lose their focus when they try to follow popular styles or stay in one genre for the whole time” he says, “I get so much creative energy from working on music I really like and think it adds something to the scene rather copying other artists and their sound, I just do what I feel and love to listen to without any boundaries.”

The Dutchman N!SMO takes over this week’s T.H.E – Podcasts with a stunning all original mix, tune in!