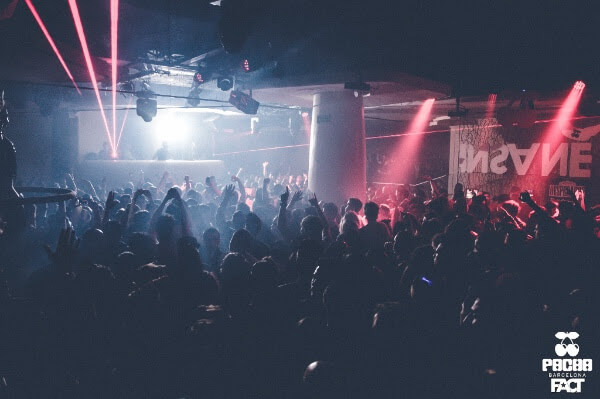 Pacha Barcelona unveils full line up for Insane Sundays during upcoming months of April, May and June in collaboration with FACT andContrastagencies at Barcelona’s infamous cherries’ club base. Each date will count with renowned international artists starting in April with highlights as Dubfire’s 4 hour set supported by resident Andre Buljat, classics like Steve Bug on Sunday 24th or M.A.N.D.Y on 17th for monthly’s FACT Showcase, also having on board Ellum’s artists Shall Ocin and Odd Parents kicking off the month.

With early signs of summer already hitting the city, Insane Sundays on June will go through the DJ booth Tripmastaz and veteran Kenny Glasgow (5th and 12th respectively), both dates will serve as a foretaste for which will be Pacha Barcelona’s Off Week closing event on June 19th with Nic Fanciulli surrounded by artists like Anja Schneider, D’Julz or Butch (also with Egg London’s club takeover on the Red Room) to proceed for his yearly ritual event that seems to be taking the tradition form. Concluding the month, British affiliated to Drumcode’s label Nicole Moudaber will take control of the room as the third FACT Showcase.