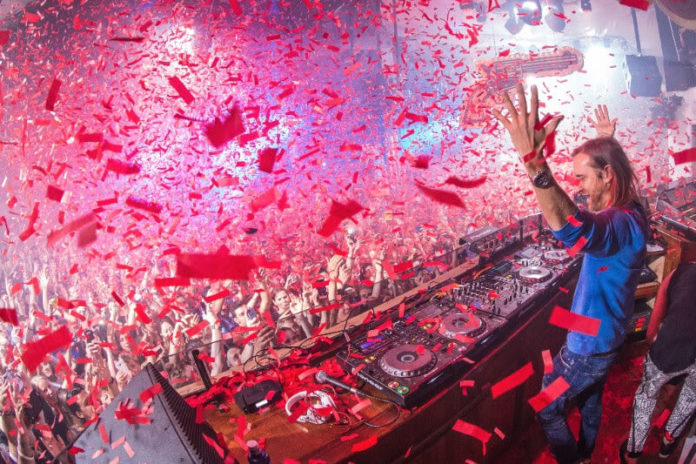 World-class venue Pacha Ibiza landed on the white isle during the 1973 hippy movement, making it one of Ibiza’s most respected clubbing institutions.

Since then the brand has been constantly developing together with time, fashion and trends, and bringing new ideas, improvements and all kinds of extravagances to the night scene; although always maintaining its singularity, its particular style and spirit. The 3,000 capacity venue features five different rooms interlaced by stairs, doors and secret corridors and showcases some of the best parties the island has to offer. Every Monday from 30th May – 26th September

Harking back through a proud heritage to the original Hippy days of Ibiza, Flower Power can say that they have since 1980 had the island in all its hospitality and hedonism at heart. This collective is rooted in the original communes that colonised club-land for generations to come, choosing the peace and paradise of Dalt Vila over Vietnam in the 60s. The “refugee island” is reborn in the music – from DJ Piti and Victor Nebot – and mood of its most right on party every Monday. Every Tuesday from 24th May – 4th October

In his first Ibiza residency, Maceo Plex – aka Eric Estornel of Ellum Audio acclaim – brings his esteemed, emotive electronics to a night made from many “musical colours”: Mosaic. With events planned to remould the island sound, programming outside of the usual repertoire Mosaic will introduce DJ Koze, Paranoid London, Michael Mayer, Gold Panda, Kiasmos and Dekmantel Soundsystem to the acclaimed club over the course of the residency. Every Wednesday 24th May – 4th October

Future House from famously forward-looking faces under the one and only roof of Martin Solveig’s ‘My House’, a free-spirited session in smooth and stylish House music. Club at it’s most charismatic set to have clubbers ‘Intoxicated’, celebrating Solveig’s 11 years of renown as an Ibiza resident and recent rise to international celebrity. Every Thursday from 25th May – 5th October

A night never short of F*** Me moments since David Guetta declared “I’m Famous!” in 2003, the Ibizan supremo of interstellar status invites his superstar friends as guests for club-lands grandest series. The place to be seen and to be seen to be believed, this all-star affair has been witness to Will.i.am, Usher, Snoop Dogg, Kelis, Ludacris and Kelly Rowland to name a few, bringing all sorts of flavours to the finest blend in big room blowouts – the Guetta brand. Every Friday from 27th May – 7th October

Representing the underground over four INSANE residencies in one title, with an immense lineup under wraps mined from the undercurrents of Dance music. Under the cover of dark yet illuminated in all the Ibizan light that is the Pacha phenomenon, Friday feels out the frontiers of nightlife with living legends Luciano, Hot Since 82, Nic Fanciulli and MK; each presenting their own experiences in a coup from the edge into the centre of club culture. Every Saturday from 21st May – 8th October

The iconic Pure Pacha returns every Saturday and promises an atmosphere that can deliver to you an experience that you aren’t going to stumble upon too easily. Bob Sinclar reanimates ‘Paris By Night’ in swinging 30s style with ballroom rather than big room bonanzas. With a nostalgia for an era of Pure and vibrant celebration in all the colour of cabaret, Sinclar summons up more than just the soul of a proud past with a worldly crew of acts previously boasting Todd Terry, Felix da Housecat, Armand van Helden, 2ManyDJs and Basement Jaxx. Every Sunday from 22nd May – 9th October

Sundays will serve again this Summer to shape sounds to come under the stewardship of Solomun, packing a fresh forecast of farsighted DJs as his +1s in the past including Dixon, Adriatique and DJ Koze. With the dance booth relocated to the centre of the dance-floor, the crowd are the core of this connected and cerebral club quest.