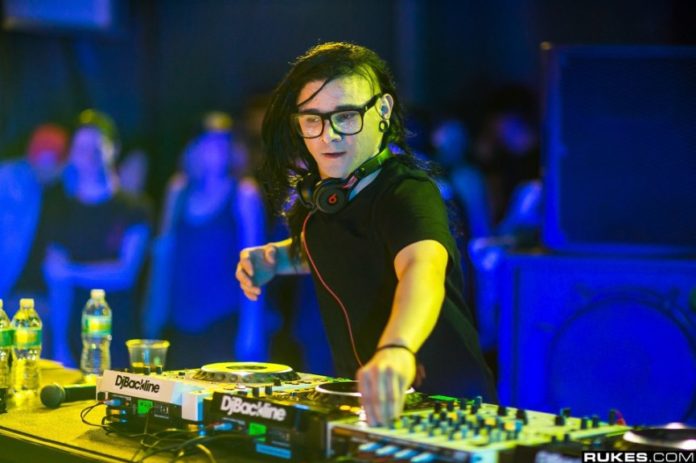 While India has seen some of the biggest artists in the world of dance music tour the country in the past couple of years, Skrillex is one of those few who still have to come down to the subcontinent for a tour. Vh1 Supersonic, which has grown to be a shining example of India’s ever changing dance music industry and now is all set to bring to India for the very first time, one of the most respected and loved name in the electronic dance music space -SKRILLEX.

Sonny John Moore, better known by his stage name Skrillex has worked with the music industry’s biggest names like Lady Gaga, Snoop Dogg, Deadmau5, Chemical Brothers and most recently Diplo to form the group Jack Ü. On November 30, 2011, he was nominated for a total of five Grammy Awards at the 54th Grammy Awards, including Best New Artist and won three: “Best Dance/Electronica Album”, “Best Dance Recording”, and “Best Remixed Recording, Non-Classical”. Later that year, he was also named MTV’s Electronic Dance Music Artist of the Year. Skrillex has won a total of six Grammy Awards.

Commenting on the event, Mr. Jaideep Singh, Sr. Vice President and Business Head, Live Viacom18 says, “At Live Viacom18 we have always endeavored to provide our viewers with engaging and electrifying experiences. We continue to bring the world greatest music legends that music aficionados in India have been waiting to experience. This time too devout dance music fans of Vh1 Supersonic in India are in for another unforgettable experience of a life time with Grammy award winner ‘Skrillex’. We are sure that such pulsating experiences curated for Vh1 Supersonic will continue to captivate and mesmerize music lovers and ignite the collective passion for dance music in India.”

After making a mark last year with The Chainsmokers, Major Lazer, Steve Aoki, and Pretty Lights, Vh1 Supersonic Arcades are back with one of the biggest name in the dance music world. But the excitement does not stop just here. Keep following www.gosupersonic.in for some major news for this December 2015.

Limited tickets for the Vh1 Supersonic Arcade with Skrillex are now LIVE!