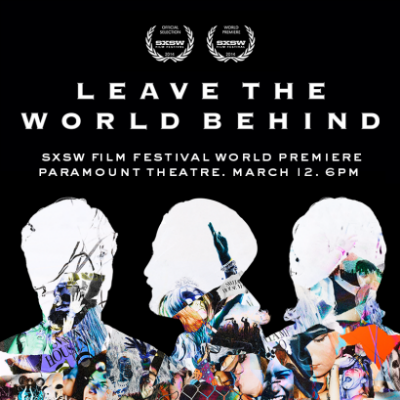 Swedish House Mafia tease the anticipation of the “Leave the World Behind” documentary with two new clips!

The clock is slowly ticking with sporadic hints of Swedish House Mafia‘s upcoming documentary, “Leave The World Behind,” coming our way. A followup of “Clip 1,” “Clip 2″ and “Clip 3″ are mini vignettes that take place at what appears to be Ultra Music Festival.

In the clip, Axwell and Angello are seen trying to comfort an autograph-seeking fan overwhelmed by the pair’s presence to the point of tears by joking with her about “the drop” that happens in the band’s hit 2010 song, “One.” Their playfulness elicits a smile through her tears, but she can’t help but gush, “I love you guys so much” from behind her hand.

It’s the first in a series of pre-release teasers set to roll out on new website, leavetheworldbehind.com, where visitors can also view the film’s official trailer and sign up for updates.

The site launch also allowed SHM to announce the movie’s world premiere, which is now scheduled to happen on March 12 at the Paramount Theatre in Austin, Texas, during the annual SXSW music conference.

Watch the clips below!