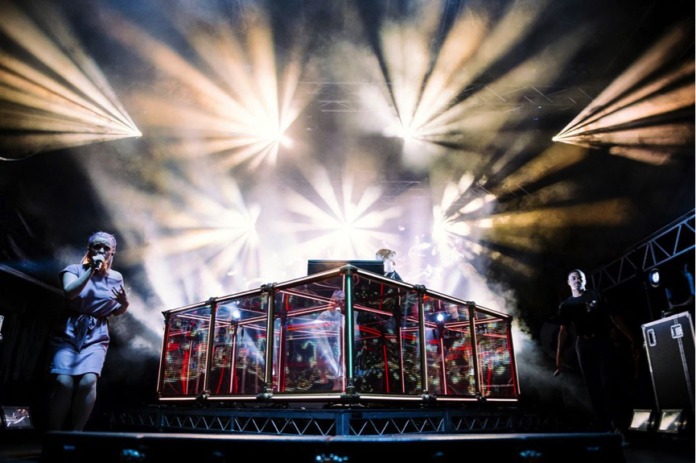 What’s common between Flume & Eric Prydz? Well for starters theyre both amazingly talented producers. Though for this instance, they’ve both got amazing new stage designs that we have to show you!

We’ll first start off with Flume’s stage design. The Australian who’s been on the St. Jerome’s Laneway Festival Tour has not only been revealing brand new music to his fans from his upcoming Skin LP but also teasing a brand new stage design. Called, the ‘Infinity Cube’, Flume feels its time for a change of scene on his stage from his previous ‘Infinity Prism’, which has been the key feature of his stage design since 2013. When asked what he’ll be doing with the old design Flume said he plans on using it as a coffee table. “I’m really concerned because it’s really sharp on the edges and I think I’m going to smash my leg on it or something” said the 24 year old. Quite glorious in the still frame above, the cube comes to life with the help of projection mapping and floor lights giving every attendee an experience to remember. Fans at Prydz’ Terminal 5 show in New York were lucky enough to witness the cube in action. We even got a video from one of em to show you how awesome it was!

Well there you have it. That’s your stage update for the day! Which one do you prefer?