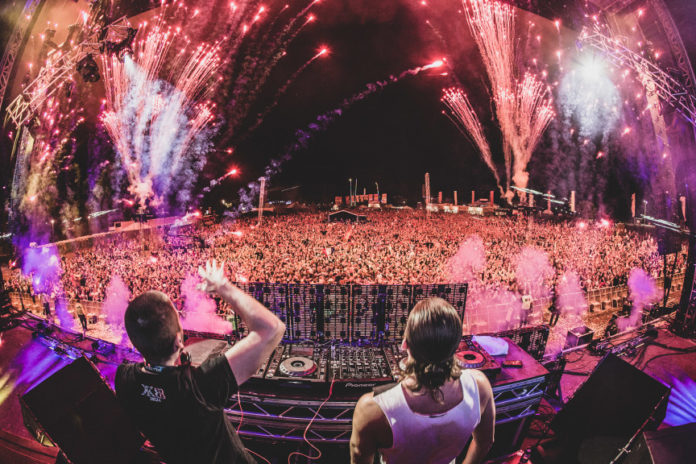 Over the past few years Dimitri Vegas & Like Mike have grown to not only become one of the hottest tickets in electronic music but one of the most in demand festival headliners on the planet, and nowhere more so than at the UK’s largest dance festival – Creamfields! And this love affair grew even stronger over the weekend when the duo’s summer anthem ‘Higher Place’ became the most Shazamed track at Creamfields. Scoring the #1 most Shazamed track at Creamfields follows on from the singles recent dominating position at Tomorrowland, where back in July ‘Higher Place’ closed the iconic festival as the #1 Shazam’ed track on the Sunday, as well as rocking a prominent spot in the Top 10 of ‘Most Shazamed tracks of the Tomorrowland weekend’.

Ever since the duo stood in for David Guetta after his jet caught fire back in 2013, the brothers have gone to become firm favorites with the notoriously wild and switched-on music crowd of Creamfields. Closing the festival back in 2014 was unquestionably one of the highlights of the UK festival calendar that year, so the anticipation around their 2015 main stage set was one met with great excitement – and has ever the Belgian brothers and Smash The House label bosses didn’t fail to deliver giving the Creamfields crowd an earth-shattering set brimming with new music and fan-favourites.

With over 3 million plays on Spotify and 2 million views and counting on YouTube, as well as spending 6 weeks holding onto the #1 spot in the Belgian singles chart, the popularity of ‘Higher Place’ going from a club record into a global hit single is one that continues to grow at a meteoric rate. Representing a different musical direction, the single is also the first time Mike has sung on a release. Co-produced by both brothers with Mike sharing the lyric writing with guest singer Ne-Yo has culminated in a captivating melody and compelling lyric hook that has left everyone from festivalgoers to DJs hungrily supporting the record.