Invented a little more than a year ago by two brothers, Paolo & Nicolò Mantini, founders of Clockbeats SRL, Matchfy is the first professional platform that connects artists and independent playlist curators on Spotify.

This streaming service has now become fundamental. And one of the less expensive ways to promote yourself is “pitch to playlist”: being part of famous playlists very similar to your genre.

However, selecting the playlists can turn out to be a real undertaking given the huge amount of playlists on Spotify. That is why Matchfy was created.

To allow artists, especially the independent ones, to promote their music independently, by putting them in touch with the curators. At the root of this tool, there is an algorithm that matches every track with the most similar playlists in just a few moments, thus saving a lot of time. Even curators do not have to spend days or weeks selecting tracks. They can decide which songs they want to add to their playlist without even listening to them, by simply relying on the match rate.

Not just Spotify, Matchfy is working to add Apple Music, Deezer and YouTube in order to help even more independent artists promote their music.

The tool has already connected 50.000 artists with 2 million submissions, and has more than 7 million playlists of all genres and more than 100.000 collaborative playlists.

Matchfy also launched acceleration program in September 2020 which lets two talented artists get a free promotion worth more than 4.000 €, in exchange for half of the royalties thus making it a fundamental help for artists that want to make it in the music industry, especially during this difficult time. Artists can apply only once a month; their song must not have been released yet and they must be allowed to work with a label.

Matchfy VIP allows artists and record labels (that make a living from streaming) to get boosted in Spotify algorithmic playlists, assigning playlist pitching to Clockbeats experts. This offline pitching is a paid service unless users signed up for the agency plan; in that case, they have one basic VIP promotion for one song. Clockbeats SRL has already supported thousands of artists and got 600 million streams, Golden and Platinum records.

Learn more about the program, here. 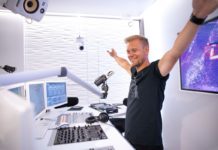 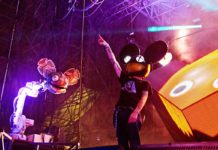