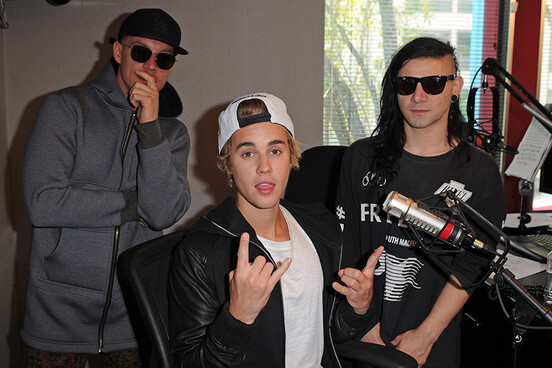 If you woke up today morning to find that some of your friends had signed up to attend a Jack Ü & Bieber gig in India, you weren’t the only one.

OMG He’s finally making his India debut and Skrillex & Diplo are joining him! OMG!!!!!
NO Sorry to burst your bubble but a Jack Ü x Justin Bieber tour is probably NOT happening and I’m gonna tell you why.

First of all we all know Diplo loves India, but lets be honest he doesn’t love India that much to come back in a few months, having recently hosted the first-ever Mad Decent Block Party in the country.

Secondly, the event is being hosted by Vanva Entertainment. A company that we’re not even sure is a legit entity having no official website and only a mere 100 followers on Facebook. Yea, you’d expect the big guns to bring in JB, Skrillex and Diplo together if that were ever gonna happen in India. With no intention to discredit Vanva Entertainment, we think they’re just doing this for the likes.

Lastly, have a look at the artists’ tour dates!
Justin is scheduled to perform in the UK at the V Festival on the 20th of August. If this event were to be held on August 19th in India, JB would have a pretty hectic schedule flying all the way to the UK only to perform the next day, (Its NOT HAPPENING GUYS STOP READING). Skrillex & Diplo aren’t that busy in August, though the duo is set to perform as Jack Ü on Aug 26-27. (Still a long shot)

Now lets look at the facts:
An unknown entertainment company makes a wild claim stating arguably the biggest pop star is making his Indian debut along with everyone’s favourite Grammy winning DJs.
The company sets up a Facebook event (with no official press accreditation or releases) stating the performance is set to take place on August 19th in Hyderabad.

What’s surprising is that the event page has over 6000 followers marked ‘interested’ with 1.5k of them having already registered as ‘going’. Nice troll Vanva, nice troll.
You beliebers and Jack Ü fans got trolled, yes, but its understandable with the huge amount of excitement you guys have pent up. Worry not, its only a matter of time before Justin does make his India debut. Just wait a bit longer, cos its not happening on August 19th in Hyderabad with Jack Ü by his side.

Still don’t believe us? Well, head right over to the event page and mark yourself as ‘going’ or maybe ‘interested’. Tickets on sale, Probably NEVER!