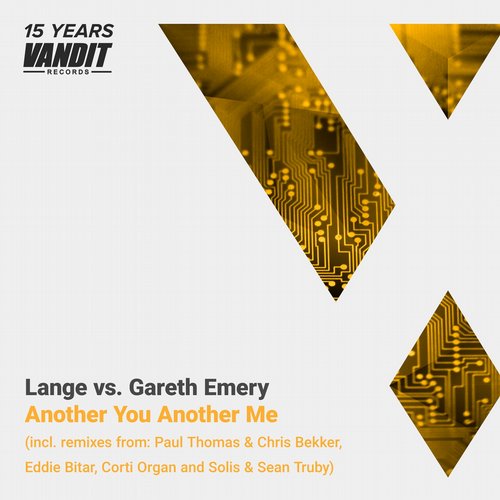 Almost 10 years ago, Lange & Gareth Emery fired a big ‘wake-up’ shot across the bows of trance… Their creative debut collaboration ‘Another You, Another Me’ was a synth-pop-inspired floor-quake, which camped out at the top of many DJs end of year charts.

For VANDIT’s next 15 Years Of… release, their 2006-defining masterstroke has been revised by a quartet of this year’s trancefloor movers & shakers. Eddie Bitar’s given it a tech aspect, while Paul Thomas & Chris Bekker have conspired on a rebuild so strong, it prompted the UK’s DJ Mag to nod it their November trance Single of the Month.

With their mix, Corti Organ have delivered a stunning, standout update to the ‘Another You, Another Me’s instantly recognisable riff, while the pairing of Solis & Sean Truby have gone all-guns-uplifting on their version.

Listen to Lange vs. Gareth Emery – Another You Another Me (Remixes) below.