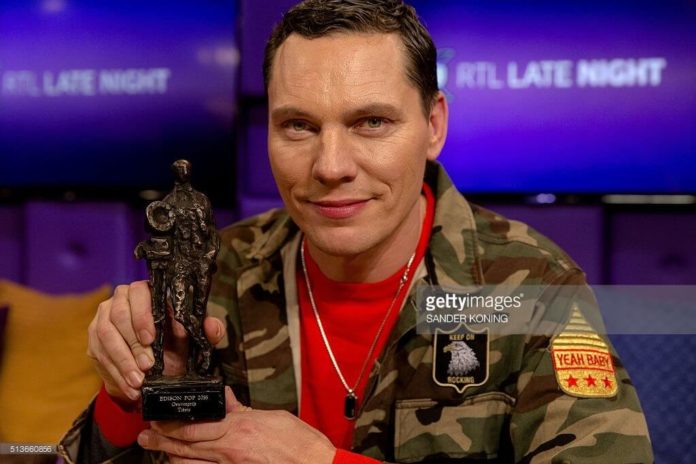 An award given only to those who truly deserve it, for their longstanding contributions to the music industry, the Edison was presented to Tiesto as a token of his achievements in electronic music from being the first DJ to perform at the Olympics to bringing Trance music into the spotlight in the 90s. The award bring Tiesto on par with the likes of Miles Davis, The Beach Boys, U2, Phil Collins, Stevie Wonder and many more legends.

“‘He does not stick to a winning formula that guarantees commercial success, but looks to the boundaries of the musical spectrum and challenges them through special collaborations.” – English translation of the judging panels reason for selecting Tiesto as the award recipient.

And of course Tiesto received massive support from his fellow friends and counterparts,

Martin Garrix was the lucky one to present the award to Tiesto. Photographer Rudgr was also present at the event presenting Tiesto with his favourite click of the Dutchman.

Yesterday was special…Tiësto won the 'Edison' lifetime achievement award this week – a rare honor. Live on TV, at…