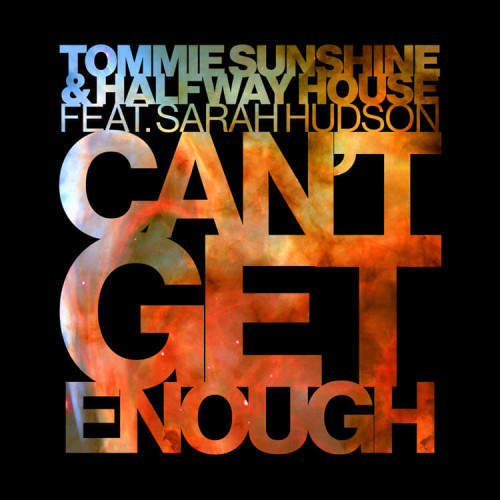 A renowned remixer as well, Tommie Sunshine reworked songs by the likes of Icona Pop, Fall Out Boy, Diplo, Elvis Presley and Shiny Toy Guns to name a few. His ‘Megasix Smashup’ of Katy Perry, included on her Complete Confection album sits at over 9 million views on Youtube. He’s previously collaborated with Chocolate Puma, Felix Da Housecat, Miss Kittin, and James Murphy of LCD Soundsystem. In 2007, Tommie released a compilation album on Ultra Music, which was part of their dance compilation CD series named, ‘Ultra.Rock Remixed’ and it contained some of his popular remixes.

‘Can’t Get Enough’ is a high energy dancefloor filling anthem. Singer/Songwriter Sarah Hudson, know for co-writing both ‘Black Widow’ for Iggy Azalea and Rita Ora and ‘Dark Horse’ for Katy Perry steps up as singer and co-writer of this track as well. The track is filled with punchy synth melodies, mixed percussion, powerful drops and catchy handclaps throughout the track. Perfect timing for the Summer, ‘Can’t Get Enough’ is sure to be a permanent fixture on playlists and in main stage festival sets all over the globe.