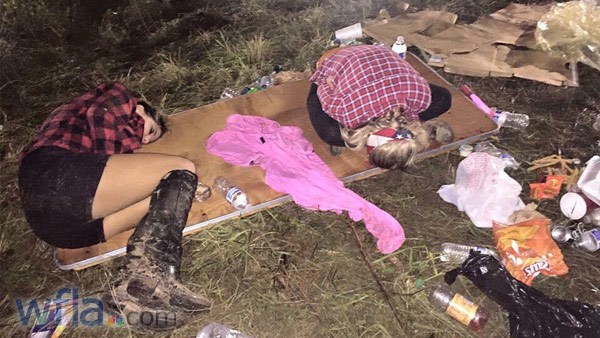 Following the events of the past weekend, TomorrowWorld promoters have faced a huge backlash for several reasons.
Complaints from fans, the deplorable state of the Dreamville grounds post the festival and trolls from deadmau5 have not helped improve the image of the event’s organizers.

Lets start off with this fans message to the organizers, Even Kaskade supported the fans on this one,

Dang. And I thought the artist hospitality sucked ass… ???? http://t.co/6Fy2ZczF3B

Though TomorrowWorld did release an official apology, I don’t think fans are gonna forget what happened so easily, TomorrowWorld has a lot to answer for including a mess of a campsite; and there are still likely reports of sickness caused by the adverse conditions that attendees found themselves in. Just see the deplorable state of the grounds in this video…

It seems campers were forced to leave stuff behind as some of them could not carry all their belongings across in the conditions for the long trek back to transportation.

Just finishing up a deal with my sponsors for YesterdayWorld. Next year, for $500 bucks you can just camp on my lawn in the rain while I lol

For an additional 700 bucks, access VIP section where I'll turn on the sprinkler system and take random shots at you with a paintball gun.

Pizza boxes will be provided for our A List membership holders only. https://t.co/qpVeWSEznh

Oh yeah, TomorrowWorld is in a pretty big mess.