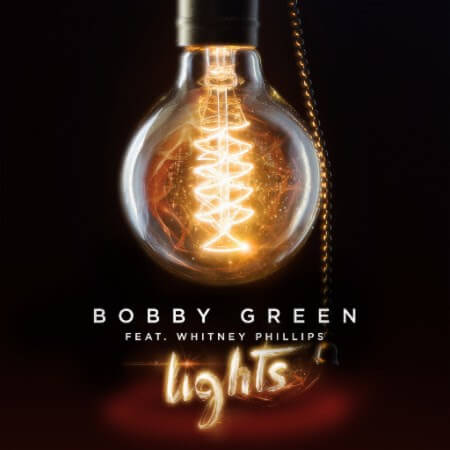 With 3 Hype Machine #1’s already under his belt, Bobby Green is back with a lyric video for his song “Lights” featuring vocals from Los Angeles-based singer Whitney Phillips.

“Lights” is a tour de force where dance music and pop are effortlessly blended with pristine production and top-tier melodies and hooks. The song has a certain warmth to it that the lyric video effortlessly illuminates.

With previous records recorded by Kylie Minogue, Lil Wayne, Kid Ink, T.I., Far East Movement and Steve Aoki, Whitney Phillips’ and Bobby’s words are brought to life in the new lyric video for “Lights,” helping fans of Bobby’s to visualize what they’ve been singing along to.

Bobby had the following to say about the song, “The first words that came out of my mouth when I started writing this song were ‘putting all your lights on.’ And I could never get those words out of my head. What Whitney and I eventually realized was that this was a song about the walls that we put up around ourselves, and the way that we often fear a world that fears us back. ‘Lights’ is about the disconnection we all feel, and about the great things that can happen when we open up and show the world who we are.”

Bobby Green is a Dallas-bred songwriter, producer and re-mixer. Now based in New York City, Bobby topped the Hype Machine charts reaching the #1 spot on 3 of his past releases, including his hit single, “Changing Me” (feat. Sean Michael Murray), which has over 2 million Spotify streams and has gained Bobby a global fan base.