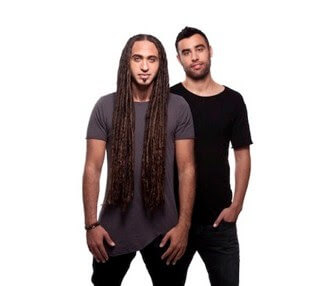 Grammy nominated ​Sultan + Shepard have proved to be more than just a one hit wonder.

Earning a Grammy nomination for their remix of Bruno Mars’ “Locked Out of Heaven”, the duo has produced quite a few festival hits including “Walls”, “All These Roads”, “When We Were Young” and their most recent remix of Rudimental’s “Lay It All On Me feat. Ed Sheeran”. Equally impressive are their massive collaborations with electronic dance acts like Tiësto, Dillon Francis, Nervo, Fedde le Grand and Canadian Indie Pop duo Tegan & Sara as well as co-writing David Guetta’s worldwide hit “Bad” featuring Vassy.

Today they’re unleashing their “Bring Me Back” music video, showing a group of people reminiscing on past experiences and memories through picture collages and flashbacks. The video is set in brilliant black and white that will get you thinking about your own past memories. Check out the music video for yourselves and wax nostalgic while you vibe to the soulful melody of “Bring Me Back”.

Autograf Join Up With Janelle Krol For Final Album Single, ‘Walk With You’

Autograf Join Up With Janelle Krol For Final Album Single, ‘Walk With You’

Music Akshay Bhanawat - September 26, 2020 0
As the long wait for ‘The Ace Of You’ is coming to an end, Autograf are granting fans one last musical treat ahead of...

Music Akshay Bhanawat - September 26, 2020 0
With an ample amount of momentum on his side, Valentino Khan presents his newest single “Deathproof” out now ahead of his forthcoming EP via...

Music Akshay Bhanawat - September 26, 2020 0
After a creative hiatus during which he celebrated several personal milestones, KRANE’s highly-anticipated return will not disappoint his fans worldwide. The established producer is...

Music Akshay Bhanawat - September 26, 2020 0
Following his recent fiery release Like This (Move Your Feet) on Farris Wheel Recordings, rising producer BACATME returns to Sonny Fodera's Solotoko label with...
ABOUT US
What started as an interest, slowly turned into a passion, and before we knew it, we had curated and founded a thriving community of avid electronic dance music lovers.
FOLLOW US
© Copyright 2020 - T.H.E Music Essentials