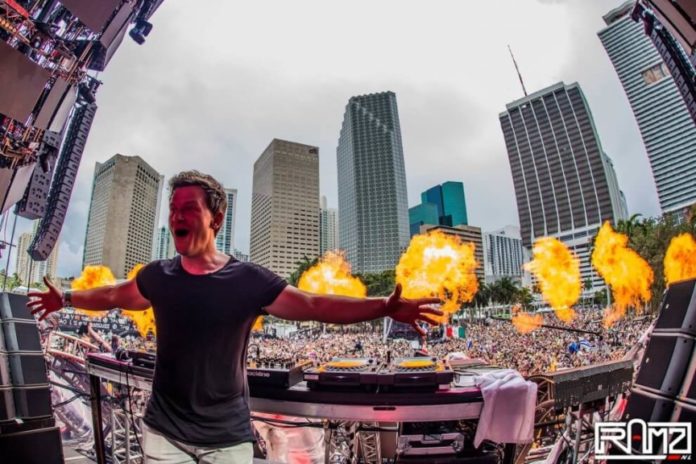 Not many electronic artists can list off the achievements that Fedde Le Grand can lay claim to. Only this year the Dutch DJ has released a critically acclaimed album in the form of ‘Something Real’, played main stage sets at Ultra Miami and Ultra South Africa, and premiered his re-imagined and ground-breaking GRAND show at the 17,000 seat ‘Ziggo Dome’ in Amsterdam.

Now Fedde is back with an official music video for his album highlight, ‘Rhythm Of Night’, as well as a teaser of the Club Mix that will be released via his own imprint, Darklight Recordings April 25.

Many remixes have come and gone before, yet this is the first time the iconic vocals have been cleared for use, giving Fedde an exclusive chance to use them in any creative way he see’s fit. In the hands of a lesser artist, this might have ended a career, yet Fedde steps up to the challenge with confidence and conviction, bringing the track headfirst into 2016. With a punchy bass line, playful top melodies and Daft Punk-esque backing vocals, this is undoubtedly one of Fedde’s finest dance cuts to date.

Coupled with the original mix now comes an official video that serves as the perfect visual accompaniment to this foot stomper. Giving a nod to the original video, it features similar montaged clips of fairground rides and a Corona-like figure dancing around a city.

After the start to the year Fedde has had, no one could blame him for taking some well-deserved time off. But Fedde shows no sign of stopping, with summer festival season almost upon us, the superstar DJ will be bringing his stunning show to cities around the globe in the coming months.

Music Akshay Bhanawat - July 5, 2020
0
The Anjunabeats rave resurgence continues, as two of their label stars head deeper into the world of industrial dance music; Genix & Grum see...
ABOUT US
What started as an interest, slowly turned into a passion, and before we knew it, we had curated and founded a thriving community of avid electronic dance music lovers.
FOLLOW US
© Copyright 2020 - T.H.E Music Essentials