Spinnin Records teamed up with Tiesto’s Musical Freedom this past week to release a teaser of a upcoming track titled ‘Gecko’. ‘Gecko’, unlike the other teasers put out by Spinnin Records is a tech house track with a more chill out vibe rather than hard hitting and big room house. Of course the point of this teaser is to gather suspense and make the fans guess who the producer might be, with this kind of approach before releasing a track, it brings more attention to it just like it was with Animals, Tsunami, and Noise. So what do you guys think? Who might the producer be behind this one? 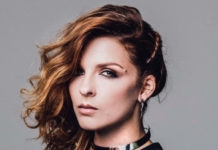