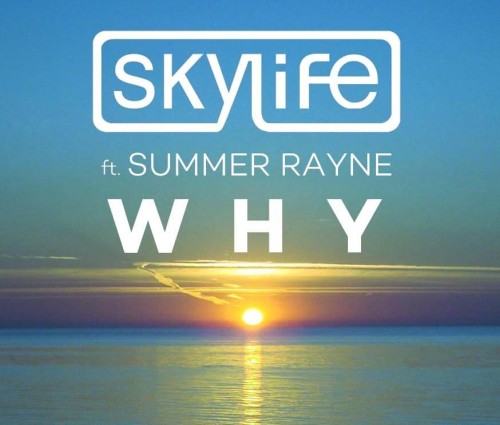 Skylife’s ‘Why’ (feat. Summer Rayne) is the UK duo’s debut single and a fresh take on Carly Simon’s 80’s classic that later became a Balearic staple. Now signed to Polydor and featuring a killer vocal by Summer Rayne, ‘Why’ is available now with an impact date of 29th July. With early support from clubland, Skylife might well have delivered one of the biggest cuts of summer 2016.

Although ‘Why’ (feat Summer Rayne) is their first release as Skylife aka Sveinn Jónsson and Reg Green have written numerous songs for the likes of Spinnin’, Armada, and beyond. They met through a friend they were both in separate bands with and, after they created their own studio, have since engineered and produced for other artists, earning a reputation as one of London’s hottest studio outfits.

Sveinn grew up in his native Iceland, spending long winters in his teenage years immersing himself in making electronic music. First inspired by artists such as Aphex Twin, Squarepusher, and Boards Of Canada, he then wanted to perform live music so taught himself to play multiple instruments and later toured with bands across Scandinavia and Europe.

Reg first cut his teeth as a young DJ in London’s nascent rave scene, performing at warehouse parties before turning to production. A member of the Kemp family made famous by the brothers who formed legendary British band, Spandau Ballet, he grew up in Islington on a musical diet of pirate radio and weekly trips to Black Market Records.

Summer Rayne is a member of the Skylife extended family, and has previously collaborated with Scales, DJ Hazard, Goshawk and Felon.

Listen to the lyric video below.