Starting when my son was maybe 10 years old, as I drove him and several of his friends around in the car, we had a competition that came to be called “The Imagination Game.”

I’d play the first 20 seconds of a song that had no words but was epic and dramatic. Then, I’d abruptly turn off the music and one by one each of the kids had to describe in rich, evocative, five-senses detail what was the scene in the movie in their head that would go with the music we just heard. Whichever kid offered up the most lively and convincing scene that fit with the music, won that round of the competition.

I’m a writer by trade, not a musician. In some ways, The Imagination Game was a writing exercise. But it was also an experiment in reverse engineering and a form of creativity callisthenics, demonstrating that music is a deeply impactful way to communicate feelings and emotions. This game is what got me first thinking about the power of music to tell stories.

I’ve spent the past several years reporting on lawlessness at sea across five oceans, 14 countries and all seven continents. In 2019, I published my book, The Outlaw Ocean, based on my series The New York Times. I have subsequently launched various initiatives and projects related to it, which are primarily focused on spreading awareness about the environmental, labour, and human rights abuses occurring at sea. One of these ventures stemmed from those car rides with my son and his friends: The Outlaw Ocean Music Project.

The Outlaw Ocean Music Project is a first-of-its-kind collaboration of such creators. In combining their mediums, these narrators have conveyed emotion and a sense of place in an enthralling new way. The result is a captivating body of music based on The Outlaw Ocean reporting. All of that time spent at sea allowed me to build an audio library of field recordings. It featured a variety of textured and rhythmic sounds like machine-gun fire off the coast of Somalia and chanting captive deckhands on the South China Sea. Using the sound archive and inspired by the reporting, over 300 artists from more than 60 countries are producing EPs in their own interpretive musical styles, be it electronic, ambient, classical or hip hop. Many artists also used the reported footage to make their own videos tied to their song, including Louis Futon, Roger Molls, and De Osos.

De Osos – Silence is Core of the Lifestyle

It’s hardly surprising that a music project was born from this book since I used music in various and sometimes oddball ways while reporting offshore. Certain songs were my version of Adderall, helping me focus on distracting conditions. Others offered an incredible salve for deeply dark things witnessed. But perhaps my most valuable use of music while reporting was when songs served for me as mnemonic devices.

When I write I usually listen to music without words. I also cast soundtracks to things I see. On one ship, I watched 40 trafficked Cambodian boys and men work brutally long days, and I remember late that evening, trying to polish my notes and sifting through a playlist that I had of instrumental songs. Was that one scene where the boys ate between shifts more The Leftovers or Ad Astra, I wondered? (I went with The Leftovers for its haunting and weighty sensibility). Capturing the scenes in music was for me a memory aid in that the music was an easier and more efficient moniker for the mood of a moment.

When I looped back later and tried to build on my notes at the end of a day of reporting, I’d listen to the songs that I tagged to a page of scribblings in my notebook. I’d listen to that song again as I sat down to write the story. The song would come to embody, at least for me, more than my words could. It was a bit like a designed Pavlovian Effect. Each additional time that I’d tie my notes and that scene to that song, it would conjure up images, feelings, an entire setting.

Journalists don’t use music enough to access people. And yet, musicians are masters at telling stories with their songs. Why should movies be the only things that have soundtracks? Why can’t a book have a soundtrack? By pairing two types of creators — a journalist and a musician — around content that is urgent, dramatic, and global, the outcome is music that is tied to something much deeper: a collection of at-sea issues that connect us all.

These artists have taken a real leap of faith in lending their creative capabilities to help spread this message, try something new and support this journalism. Furthermore, they have produced some gorgeous music. Some artists within decided to choose a theme to inspire their EPs, telling a story, with a beginning, middle, and end. Others focused on conveying an emotion or feeling without necessarily spelling it out in lyrics. All struck the perfect balance between a vast, open, and ‘free’ ocean, and a melancholy, dangerous, and limited space.

Across all of the artists participating there’s a global audience of more than 70 million, thanks in part to the geographic diversity of the artists participating. In recruiting artists from around the world, the project conscripted an army of cultural diplomats who are talking, in their own language of music, about the weighty concerns facing this offshore realm and the millions of people who work or depend on it. This disparate audience is one that could never be achieved in a traditional journalistic way, and the revenue that the project takes in on our end goes towards the non-profit that funds this reporting.

We are releasing new music every other month, and our next release is slated for June 5. The entire project is being run under the music label Synesthesia Media. Listen to the music here.

Ian Urbina is a reporter who’s written for the Times for nearly 20 years, the Atlantic and other outfits. Last year, he came out with a book called The Outlaw Ocean, which chronicles environmental and human rights abuses at sea.

Dimitri Vegas & Like Mike Release “Do It” With Kimberly Loaiza & Azteck 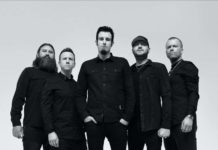 EDM News Akshay Bhanawat - September 19, 2020 0
After touring all around the world, from Europe to Asia, DJ/Producer ​Michael Canitrot is set for a special show in an exquisite venue that...

SUBPAC Announce the Launch of their X1 Product

Music Akshay Bhanawat - September 19, 2020 0
Undoubtedly one of the brightest and passionate talents to emerge in the last decade in electronic music, Maya Jane Coles eschews the fanfare and...
ABOUT US
What started as an interest, slowly turned into a passion, and before we knew it, we had curated and founded a thriving community of avid electronic dance music lovers.
FOLLOW US
© Copyright 2020 - T.H.E Music Essentials