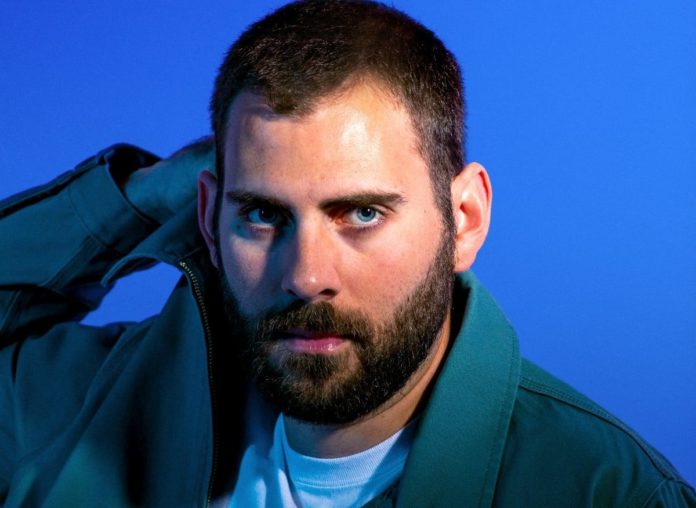 For Joachim Pastor, the past few years have all revolved around change. When the French creator stepped away from Hungry Music, it was because he’d reached the end of a cycle, because there was this whole musical universe still begging to be explored.

He saw the bigger picture, took the leap and joined Armada Music to unlock these endless possibilities and directions. And that jump into the deep end has now culminated in something remarkable. His debut album: ‘Greater Message’.

We caught up with him to learn more about “Greater Message”, the message behind it, influences and more.

Aditya – Hey Joachim, thanks for taking the time to talk to us. How are you and what are you up to at the moment?

Joachim Pastor – Well, I’m doing good, at the moment we are working on the album release, as well as all the remixes which are coming later. I’m also touring most weekends and getting ready to get back in the studio for what’s next.

Aditya – 13-TRACK DEBUT ALBUM! How long did it take to write and produce this album?

Joachim Pastor – It took me a long time, I’ve made so many tracks that I decided not to release, I would say about a year and a half from A to Z, it felt really long to be honest, a lot of work.

Aditya – The album sounds exuberant! Can you share your influences behind the album?

Joachim Pastor – That is the exact word, I set no boundaries for this album : just did music I like, regardless of trends, style and vibe. When I’m in the studio, I try to separate myself from the world, and just do music, nothing else. Obviously I’m influenced by the music I’ve been listening to, but when I produce, I don’t think about anything else than just trying to make something beautiful, I don’t give myself any barriers or guidelines to follow.

Aditya – An album release definitely marks a milestone, can you tell us about your favorite track from the album?

Joachim Pastor – It would be really hard, I feel like all the tracks are my favorite, especially with a large spectrum of styles like that.

Aditya – In this day and era, releasing an album is not considered a ‘viable’ option. Producers/Record Label mostly go for a Single/EP release, ‘Greater Message’ is an exception to this modern thought. Would you like to share your comment on this?

Joachim Pastor – I do believe that the album format is great, even though in the ephemere world of today, it’s considered too long. I think the strength of an album is actually it’s length : when you produce singles and ep, you have to focus on the core of your style, the core of your musical identity. In an album, you can explore and develop ideas beyond that, and it results in something deeper, more meaningful, I believe.

Aditya – ‘Godspeed’ is my personal favorite, and it stands out amongst the other tracks in the album! It shows your ability as a composer and not just a conventional producer. Could you please share the story behind this instrumental magnificence?

Joachim Pastor – Actually, I had made the draft of this track a long time ago, I thought it would be a good break in the middle of the album. I wanted to create some kind of beautiful blur, like a sort of undefined track.

Aditya – An album is not just a playlist of tracks, it’s much more! What’s your message behind the album?

Joachim Pastor – Be true to yourself, just do what you love, don’t care for trends. It’s what I tried to achieve with this album.

Aditya – Being an analog geek, do you think vinyl will do a comeback?

Joachim Pastor – It’s hard to tell, I think vinyl at the moment is more of a collector’s item, but unfortunately, I don’t think it will come back. Maybe in 10 years, CD’s will be collector’s items also, it’s time to start collecting haha.

Aditya – I see that you are a car lover, do you happen to watch F1? Who do you think will secure the top position this season?

Joachim Pastor – I know who I’d like to see at the top position : Esteban Ocon, he is a real nice guy, extremely talented, started from nothing. He wasn’t always very lucky in his career and seeing him be at the top would be a great payback.

Joachim Pastor – My German shepherd’s name is Fly, it was already named like that when we got her from the shelter. She had been starved for 6 month (I’ve pictures of her when she was 22kg, she is 38kg now). She is really great and intelligent but always looking for something to eat. Of course she is very friendly, and I’ll be sure to give her a bone with T.H.E engraved on it :)