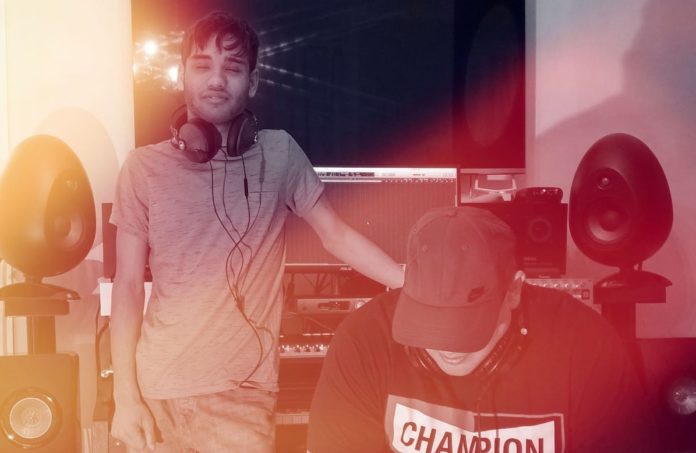 Following their debut single Deeper Love which is already smashing through the dance scene, rising duo Covenants consisting of Alan La Porte and Shane Thomas now debut on ON IT Recordings with the hypnotic house single, Perfect Motion (ft. River).

Already garnering support from the likes of Martin Garrix, Vyel, and Kenn Colt, Covenants are poised to make a breakthrough on the UK circuit and beyond with their versatile talent turning heads in multiple genre realms.

With roots in South London, Alan La Porte is a multi-platinum selling writer and producer. Alone he has managed to successfully achieve several Music Week top tens with his music being championed by the likes of DJ Target and Mistajam on BBC Radio 1.

Meanwhile, Shane Thomas’ successes started when he was signed at just 11 years old. He has gone on to attract huge media attention from the likes of Channel 4, who produced an hour-long Teen documentary on his passion for music. Following his mainstream success, Shane captured the attention of Decca Records where he went on to release a classically influenced EP, Without A Lion.

Covenants – Perfect Motion (ft. River) is out now via ON IT Recordings.

Music Hannah Helbert - September 28, 2020 0
Koven has broken ground on multiple levels; the vocalist and producer duo have brought together two impeccable talents, as well as their creative engineering,...

EDM News Akshay Bhanawat - September 28, 2020 0
After the phenomenal release of their eagerly anticipated, brand new double A-side ‘Nothing For Free’/ ‘Driver’ last week, Pendulum, one of the most iconic...

Music Akshay Bhanawat - September 28, 2020 0
That the eighth album from Markus Schulz is arriving in extraordinary times scarcely needs saying. Some already have - many more will. It’s the...

Editorials Akshay Bhanawat - September 28, 2020 0
Psychologists constantly repeat that a person should adhere to the schedule and strict regime to increase their work efficiency. It is important to create...

EDM News Melody Siganporia - September 28, 2020 0
Earlier this week, Tiësto performed one of many intimate socially distanced events being held at the scenic Red Rocks Amphitheater. With a stacked supporting...
ABOUT US
What started as an interest, slowly turned into a passion, and before we knew it, we had curated and founded a thriving community of avid electronic dance music lovers.
FOLLOW US
© Copyright 2020 - T.H.E Music Essentials