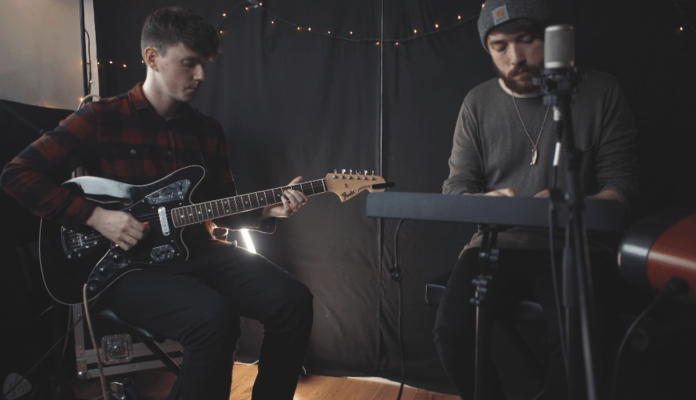 Shot in an atmospheric indoor recording area, the acoustic video for ‘Heartlines’ focuses on the raw voice of Meadowlark lead singer Kate McGill, who utilizes her dreamy vocals, with soft keyboard melodies. With close-up shots of instrumentals slowly drifting in and out of focus, the video’s tone matches the equally chilled and melancholy mood of the accompanying track, with both EMBRZ and Meadowlark present in the video.

Fresh off the back of his five-track EP Progress, the acoustic version of ‘Heartlines’ follows much critical acclaim on the original, which has already received over 1.5 million combined streams, and follows the EP’s lead track ‘Higher’ which reached #1 on HypeMachine.

‘Heartlines’ outlines an incredibly dreamy composition while effortlessly blending downtempo chords. The release affords the perfect soundtrack for any chill setting while also exhibiting EMBRZ’s progression as an artist, evoking feelings of nostalgia by way of atmospheric melodies.

EMBRZ says of the original of ‘Heartlines’: “I’ve always wanted to make something that would fit into the Indie / Pop spectrum, I love music that combines acoustic instruments and subtle electronic elements, which I think ‘Heartlines’ captures. The song really came to life when I sent the demo to Kate who absolutely nailed the vocal.”