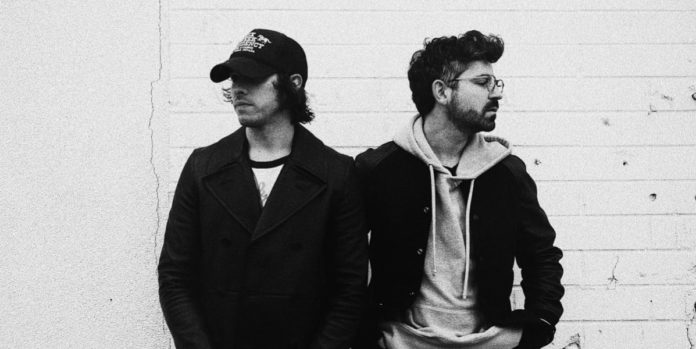 Glass Petals are sprouting up with their second appearance on IN / ROTATION with another club-ready weapon arriving in the shape of “All Night.”

“Club music only” is an apt self-described mentality embraced by a house music duo that has proven to be ripe for the picking. The Canadian two-piece is powered by none other than Johnny Jover and seasoned veteran Felix Cartal, the latter of whom has plowed through the dance space for over a decade with a forward-facing output teeming with pop-friendly influences.

While he’s made significant headway in the more melodic, vocal-driven space, he’s also been seeding a recent endeavor with partner-in-crime Jover—only this one intends to stay firmly rooted in the dancefloor.

Last July, they joined forces with fellow countrymen No Thanks on a shuffler’s fantasy, “Like This,” backed by Insomniac’s house-centric imprint IN / ROTATION. The collab became a staple in virtual sets across the board, including in their own one-off broadcast on the Insomniac Records-hosted livestream via Insomniac TV back in September.

They’ve also been holding onto another surefire tech house tool that has remained a highpoint across countless Glass Petals performances. After many months of keeping things hush-hush, they are finally ready to put a name to the number.

“This song has been a secret ID in our sets for a while now,” say Glass Petals.” We created it specifically for the climax moment of our sets. We’re excited to release this weapon because it’s been effective before anyone knew what it was, so we can’t wait to see the reaction once people know it.”

“All Night” has all the makings of a crowd-pleasing cut. Staying true to the project’s party-aimed ethos, the track rides a robust rhythm as slick-tongued vocal chops push the energy through the ceiling with a super relatable intention for any partygoer worth their salt: being unwilling to call it quits until daybreak.

Beefy basslines, sharp percussive arrangements and tension-adding risers keep the vibe locked in place, eventually leading into an eruption of a skidding, squawking synth riffs worthy of the hands-to-the-sky reaction it’s been getting time and time again. With live events slowly becoming a possibility once more, you should hope to experience firsthand the satisfying uproar this one is capable of eliciting during your next all-nighter. The only question is do you still have what it takes to hang?