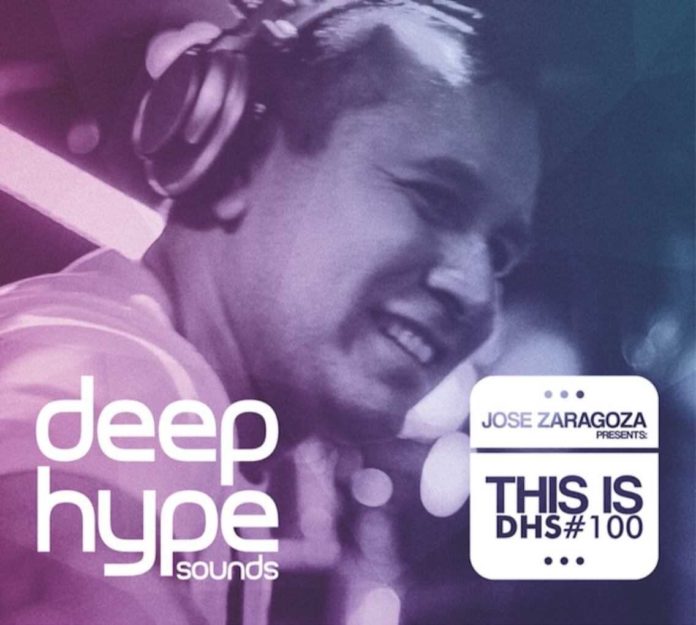 Jose Zaragoza might well be one of the busiest men in House Music at present. Splitting his time between home city Chicago and his base in Lausanne, Switzerland, Jose is either busy in the studio adding to his discography, which already boasts releases on Robsoul, Casa Rossa and Cube Tip, or being booked to DJ at some of the world’s biggest festivals, which this year included Glastonbury. When he’s not doing either of those he can be found holding down a weekly residency at Chicago’s legendary Smart Bar, hosting his own JZ Music Radio Show or working on his own label, Deep Hype Sounds.

Established in 2008, Deep Hype Sounds has grown to become one of the most respected labels in House Music circles with it’s focus, not only on established artists, but up-and-coming talent too, and this November DHS celebrate an impressive milestone.

Jose Zaragoza presents ‘This Is DHS #100’ is a double CD mix compilation, expertly blended by Jose Zaragoza to celebrate the 100th release on the label. Comprising of the Peak Hour Mix and the After-hours Mix, both stay true to the ethos of the label with names such as Maddjazz, Sash1m1 and Erik Flash appearing alongside tracks and remixes from Re:search, Johnny Fiasco and Jose Zaragoza himself.

Brought together on the back of a successful Kickstarter campaign, where fans across the globe were able to donate money towards the cost of the release and in return receive exclusive goodies, ‘This Is DHS #100′ appears to be money very well spent indeed. Encompassing every shade of House; from Filtered Disco to bubbling Acid and everything in between, both mixes take the listener on an epic journey. Showcasing the production talents of each of the 26 featured artists as well as Jose’s inimitable and energetic mixing style, this really stands out as one of the best mix compilations of the year. With the way Jose has captured the imagination of his and DHS’ fans’ imagination by allowing them to be part of the process, this double album won’t hang around for long. Make sure you pre-order Jose Zaragoza presents ‘This Is DHS #100’ now and grab your copy on November 7th.