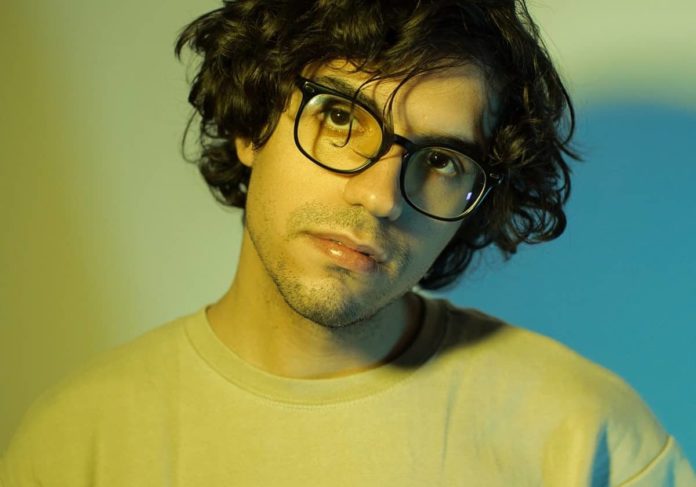 After some sneak-peek singles, Kharfi kicks off the new year with his long-awaited debut album ‘Aquarium’ out January 21st.

The electronic music producer has forged a twilight zone between genres, entwining the sedating undertow of trance with the penetrative bite of house. Alluding to his musical trajectory, ‘Aquarium’ is a candid display of passion.

“In a world where those who make electronic music work mainly on singles, I wanted to release a real album to give a very precise imprint of my musical direction.

The album is called ‘AQUARIUM’ because it can be seen in my world, in my musical and personal abyss, there is also a close connection with astrology, in fact there is the aquarium logo, the album will be released on the 21st day of January, first day of the aquarium.

From “The Bubble” the intro, you can immerse yourself in my musical dimension, the title track of the album is called AQUARIUM and it is an authentic journey into my most intimate musical world, TANGIER resumes my Arab origins with very oriental and experimental sounds, “Hold Back My Heart” and “Already Know” are the most radio tracks of the project.” – Kharfi

‘Aquarium’ is meticulously curated for the utmost crowd-control. Surging with a swell of hypnotic basslines and euphoric breakdowns, Kharfi immerses listeners in a sonic venture throughout soundscapes of transcendental ambience and rousing cadence. Flowing mellifluously from start to finish, ‘Aquarium’ is a tantalizing look at the italian-Moroccan’s commendable craft.

Kharfi entered the industry dabbling in downtempo experimental releases, but since found his niche pop-house sound with bouncy bass and strong lyricism. Kicking off his independent artist career at the end of 2020 and releasing his second EP “24” on his 24th birthday at the beginning of 2021, Kharfi is considered nothing close to a novice.

Born in 1997, Kharfi proved age was just a number when he claimed the Italian EDM scene in the summer of 2016, with the release of his debut single “Hei Bae” which flooded Italian radio stations and ranked #1 on the Italian iTunes Dance Chart, MTV Dance Chart, and Spotify Viral Chart.

Following the success of his first single, he released notable remixes of classics like “Inside Out” by the Chainsmokers and “Universe” by Benny Benassi. Kharfi secured spots on some of Italy’s top festival lineups and got media coverage from outlets such as DJMAG, Dancing Astronaut, ThisSongIsSick, NestHQ, and radios like BBC Radio 1, 1Xtra, and Kiss FM. Since then he has accumulated over 15 million plays on spotify, received support from artists like Kiesza, Diplo, The Chainsmokers, Don Diablo, Giovanni Allevi, and had the chance to open for stars like Steve Aoki, Skrillex, and Martin Garrix.