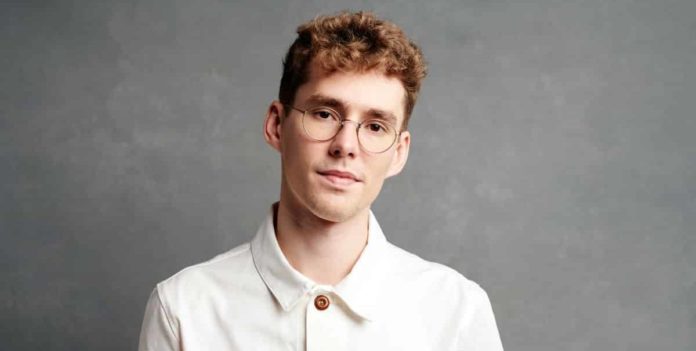 Both Lost Frequencies and Mokita have been turning the world of electronic music on its head in the past few years, and they aren’t slowing down in the slightest.

Today, the Belgian dance music phenomenon and Nashville-based, multi-instrumentalist star continued their streak in tandem. Their high-magnitude collab, ‘Black & Blue’, is not only poised to turn heads as a brilliant standalone track, but also serves as the lead single of Lost Frequencies’ forthcoming second album: ‘Alive And Feeling Fine’.

Lost Frequencies: “When I heard Mokita’s demo of ‘Black & Blue’, I immediately fell in love with his voice and the vibe of the track. I’m so happy with the final result of this single. It’s my second single after ‘Here With You’ that doesn’t really fit the ‘House’ theme, but I think it fits my whole universe and I’m curious to hear what people think when they hear this track for the first time!”

Adding to their respective lists of incredible collaborations, Lost Frequencies and Mokita’s link-up is all about letting the pop vibes bloom. With super-dynamic vocals, warm vibes and sliced beats that hurry the groove, ‘Black & Blue’ offers up a wave of cross-genre magic listeners can’t help but fall in love with.

Mokita: “I had started the idea for ‘Black & Blue’ with a guitar riff that I had been playing around with for a few days. It was this palm-muted, plucky type sound and it had just been going around in my head for a while. I laid down that idea in a basic loop track and ended up humming some melodies over top of it. I had a writing session the next day with my buddy Stephen Puth and when he got there, I pulled up that guitar riff that had some jumbled melodies on it. He dug the ideas I started and we just ended up writing all the lyrics on our guitars outside. It happened really fast, but it was amazing how organically it all came together. It was great to see how Felix took the simple idea we made and built a vibey, melodic landscape around it. His production really gave the song the life it needed.”

Felix De Laet, better known as Lost Frequencies, has been soaring to success in the international music industry on many levels. Releasing his debut single ‘Are You With Me’ back in 2014 turned out to be his big breakthrough as the track sold multi-platinum and took the #1 spot in 18 countries. Now, a mere five years later, Lost Frequencies is one of the most popular dance music artists of his generation. He was the first Belgian artist to secure five #1s in the official Belgian chart (as well as the first Belgian artist to hit #1 in the U.K.), collected billions of plays across the most popular streaming platforms with global hits such as ‘Are You With Me’, ‘Reality’ and ‘Crazy’ (with Dutch duo Zonderling), and released numerous impressive collaborations with the likes of Zonderling, Netsky, James Blunt and Aloe Blacc.

Born John-Luke Carter, Mokita started playing the piano at the age of six. After adding the guitar to his list of skills later on, he eventually ended up in the world of dance music production. Since, the Nashville-based musician has been making waves with a range of originals and remixes, all serving as a testament to his mastery of so many different musical disciplines. Spurred on by the success of ‘Monopoly’ (13M+ streams), ‘When I See you’ (12M+ streams) and ‘Love Alone’ (15M+ streams), he’s been lining up top-drawer cuts on a consistent basis, and does so again today in collaboration with dance music star Lost Frequencies.