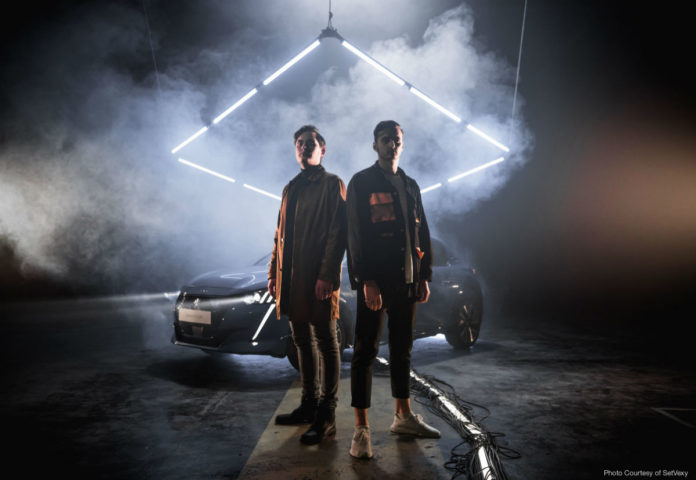 Dutch powerhouse duo Magnificence has teamed up with Russian ace Shapov for their brand new collaborative release, ‘Unboring The Future’.

With both acts cementing a soaring reputation as ‘the future of house music’, this dream collaboration has now transformed into a reality, with both acts delivering their distinct and unique sonic styles across the track.

Making their breakthrough in 2018 when Swedish House Mafia supported their EP during the tracklist of their reunion set at Ultra Miami, Magnificence has been creating a huge stir in the industry ever since, bringing that nostalgic ‘pure rave’ touch back to dancefloors worldwide. Further making saves as trendsetters with releases such as ‘Fire’, ‘Closer’, and ‘Cobra’, the pair also released their 2nd EP made up of ‘Remember’ and ‘Control’, and more recently, dropped ‘The Drill’. Finding a home for their house-focused beats on Axwell’s iconic Axtone imprint, the duo has also branched out to releases on Martin Garrix’s STMPD RCRDS and Tiësto’s Musical Freedom.

With Shapov joining Magnificence in the studio for ‘Unboring The Future’; the Russian continues to surge through the industry, carrying an impeccable reputation as one of the most influential producers in the global house scene up to now. Starting out as one half of hugely popular duo Hard Rock Sofa, the pair’s progressive hits ‘Here We Go’ (used as the soundtrack to blockbuster movie series ‘The Fast & The Furious’) and 2013’s ‘Rasputin’ soon became staple parts of Swedish House Mafia’s #OneLastTour setlists. Recently Shapov demonstrated his diversity with ‘The Last Dancer’, ‘Our Origin’ and now “La Résistance De L’amour” to complete the “Trilogy” EP alongside Dutch trance master Armin van Buuren.

Firstborn at a DJ & writers camp with Peugeot in Amsterdam last October, Magnificence & Shapov’s ‘Unboring The Future’ has now been selected as the score to the legendary car manufacturer’s latest commercial campaign, with the track used in various advertisements. The decision highlights the truly global appeal of both Magnificence and Shapov, now both bonafide world stars in their own right, with the track set to drop on Epic247 Recordings in partnership with Universal Music Publishing, Amp. Amsterdam, Havas Lemz and Peugeot Netherlands.