Pixel Terror kicks off the new year with their energetic new single “Bittersweet”.

With no shortage of bass, Pixel Terror is ready to share with us all the dance music we love and “Bittersweet” is only the beginning. Stay tuned for what’s to come from the dynamic duo, Pixel Terror!

Spawned from the microcosm of arcade nostalgia in combination with head-rattling, low-frequency energy, Pixel Terror is the newest innovative bass music experience. In just over two years since the launch of their project, Bentley Montes and Ahrya Far have accumulated over 20,000 pixellated apostles and performed across the world and back. Pixel Terror saw a successful five-showcase debut at SXSW including an official Insomniac performance along-side Yultron, a number of showcases at Miami Music Week including a massive exhibition supporting Adventure Club and Kandy, and headlined their first festival in Florida topping the bill with the likes of Dr. Ozi, Chime, and Emalkay. Last year, in 2018, their chart-topping Monstercat debut “Contra” received placement in Rocket League has already seen more than half a million streams, in addition to several millions of plays on a number of self-released fan favorites via Soundcloud and Youtube. This year they have already had placement of their fourth and fifth Monstercat releases “Ultima” and “Maxima” respectively, and landed two major Miami Music Week showcases on top of more than fifteen show dates across the country, all the while gearing up for a second Rocket League release and their very first EP. With an ongoing Monstercat alliance, and signings with Interscope, Insomniac, Bite This, and Dim Mak, as well as growing interest from other industry elites, Pixel Terror continues to enthrall their audiences in pursuit of pixellating the entire planet. 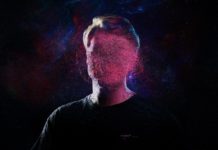 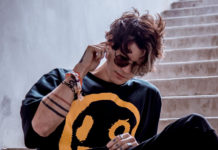