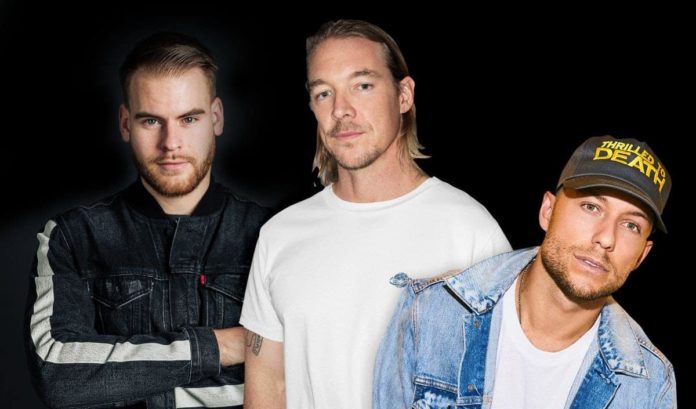 Releasing their collaborative single in late 2019 Diplo & SIDEPIECE’s single ‘On My Mind’ have been on a steady ascent to the top of the global charts.

Already amassing 20 million combined streams, ‘On My Mind’ has been chosen by BBC Radio 1 for ‘Tune Of The Week’, as well as reaching #1 on US Dance Radio.

As the track progresses, ‘On My Mind’ is primed for a string of official remixes to add new energy to the already bumping collaboration. First to be released is the Purple Disco Machine remix, out today.

An international DJ, producer and remixer, Tino Piontek aka Purple Disco Machine has been on riding the wave of successes since the conception of the disco house music project in 2009. On a roll and with having made his name with consistently great releases including 2019’s ‘Dished (Male Stripper)’ that achieved the BBC Radio 1 daytime playlist for an impressive 10 weeks and over 15 million combined streams, the single proved to be one of the biggest dance records of last year. With a number of Beatport #1’s, recurrent support from BBC Radio 1’s Pete Tong & Annie Mac as well as releases on a string of highly reputable labels such as OFF Recordings, Defected, Sony Music, Universal and now FFRR / Higher Ground, Purple Disco Machine’s list of accolades is endless and sees him as one of the most recognised artists in the disco house genre.

Frequently called upon for his remix skills his ‘Shakedown – At Night’ and ‘Weiss – Feel My Needs’ edits were both enormously successful club smashes achieving #1 Beatport and Traxsource chart positions and multiple radio plays and streams. Meanwhile his remix of Fatboy Slim’s evergreen anthem ‘Praise You’ released on Defected Records soared straight to the top of the Beatport, Traxsource and Club charts gaining millions of streams and securing plays all across Europe.