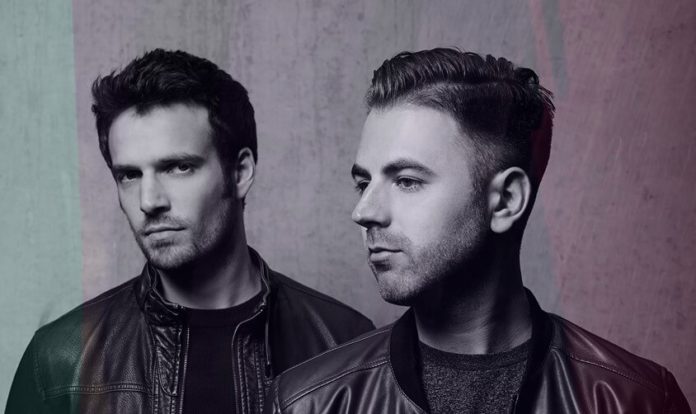 On air and on sale from today (and clocking up national radio plays by the hour), ‘Run Run’ is a surefire contender for summer anthem status; expect this to be hammered across the global festival season – from Ultra to EDC, V, Creamfields, South West Four and beyond.

While ‘Run Run’ is the first full single from Kat Krazy (aka Ben Preston and Nathan Cross), their super-charged take on mainstage dance music has seen them called in to remix some of the world’s biggest artists, including Coldplay, Rihanna, Bastille (their mix of ‘Pompeii’ was a U.S Dance Billboard No.1), One Direction, Jessie J, Sigma, Iggy Azalea, Nicki Minaj, John Newman, Ella Eyre and more.

To date, Kat Krazy have notched up over 50 million combined online streams across Spotify, YouTube, and Soundcloud, and built a cult following without chasing the spotlight. Outside of clubland, their music has been heavily supported by Radio 1, Kiss, Capital, and more, proving their potential as genuine crossover stars in the making.

Kat Krazy first met whilst studying at Guildford’s ACM music school. Ben is a classically trained pianist and multi instrumentalist (drums, saxophone and beyond), while Nathan has remixed artists including Chase & Status, and Wretch 32, as well as DJing internationally for Ministry of Sound. Aside from Kat Krazy’s burgeoning remix discography, an early club track, ‘Siren’, was signed to Armada and remixed by label boss, Armin van Burren.

Now signed to 3 Beat, the label home for Sigma, Philip George, Callum Beattie, Corbu, Dimitri Vegas and Like Mike, IV Rox, and Preditah, Kat Krazy are set to become one of the hottest British dance acts of 2016.