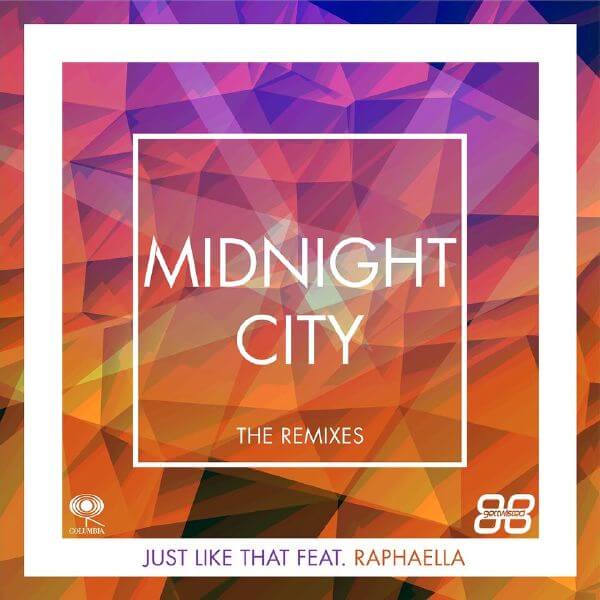 Midnight City’s fantastic ‘Just Like That’ gets the remix treatment from two of the hottest names on the scene – Low Steppa and AS I AM, released on Get Twisted Records on 25th March.

Low Steppa injects his unique brand of bass to the original to deliver a deep and sexy club banger that is sure to explode on dancefloors. Whilst AS I AM goes even deeper with his edgy, piano-laden remix that showcases the soulful vocal talents of Raphaella.

The Merseyside duo of Jonny Hayes and Josh Jones formed Midnight City in late 2013 and have already scored a Top 5 hit, having co-produced the massive Philip George & Anton Powers track ‘Alone No More’.

‘Just Like That’ features the vocal talents of North London-born rising star Raphaella, who has previously worked with a wide range of artists include Zed Bias, Afrojack, and Gorgon City.

Get Twisted is one of the most exciting house labels around and has gone from strength to strength, having signed an imprint deal with Columbia Records in 2015. Owned by the acclaimed London-based duo Tough Love’s Alex and Stef, Get Twisted’s unique sound of bass infused house cuts mixed with R&B, 90s dance and garage has made the label a force to be reckoned with.

Get Twisted’s growing roster of talent includes Roger Sanchez, Todd Terry, Sandy Riviera, Amine Edge & DANCE, and Hannah Wants, alongside up and coming talent Litek, AS I AM, Newbie Nerdz, and Jaded.

Editorials Akshay Bhanawat - January 21, 2021 0
In today's world in which globalization has blurred the lines between many countries and has made it easier for people to travel to a...

Music Akshay Bhanawat - January 21, 2021 0
Serving fans an upbeat slice of dancefloor pop, Vietnamese producer Hoaprox has teamed up with Singaporean singer-songwriter Haneri to deliver the new vibrant single,...
ABOUT US
What started as an interest, slowly turned into a passion, and before we knew it, we had curated and founded a thriving community of avid electronic dance music lovers.
FOLLOW US
© Copyright 2020 - T.H.E Music Essentials